US Government Admits: Area 51 Is REAL 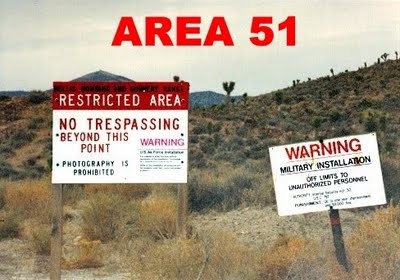 The US government has finally admitted to the existence of Area 51 in a recently declassified CIA report. The National Security Archive at George Washington University published the report, "The Secret History of the U-2," and it had pages referencing to Area 51.

Explained as a secret test facility for the Cold War-era plane, they describe why they were there:
On 12 April 1955, Richard Bissell and Col. Osmund Ritland (the senior Air Force officer on the project staff) flew over Nevada with Kelly Johnson on a small Beechcraft plane piloted by Lockheed’s chief test pilot, Tony LeVier. They spotted what appeared to be an airstrip by a salt flat known as Groom Lake, near the northeast corner of the Atomic Energy Commission’s (AEC) Nevada Proving Ground.
The group concluded that they had found the perfect place to host their covert tests. Alien and UFO conspiracy theories were birthed here. But Area 51 is only it's name, and they wanted something nicer sounding:
The outlines of Area 51 are shown on current unclassified maps as a small rectangular area adjoining the northeast corner of the much larger Nevada Test Site. To make the new facility in the middle of nowhere sound more attractive to his workers, Kelly Johnson called it the Paradise Ranch, which was soon shortened to the Ranch.
But were there aliens there? Now we're just waiting for Giorgio Tsoukalos to come up with a theory on Ancient Aliens. [The Atlantic Wire]