Tell-Tale Signs Of A Dangerous Driver

Whenever you’re operating a car or motorcycle, there’s a lot that you have to be aware of. After all, you’re going to be reaching some high speeds, and it only takes one sharp turn to send you hurtling off the road. Having said that, the biggest threat is generally going to come from other drivers. Here are a few warning signs that you’re sharing the road with a dangerous driver… 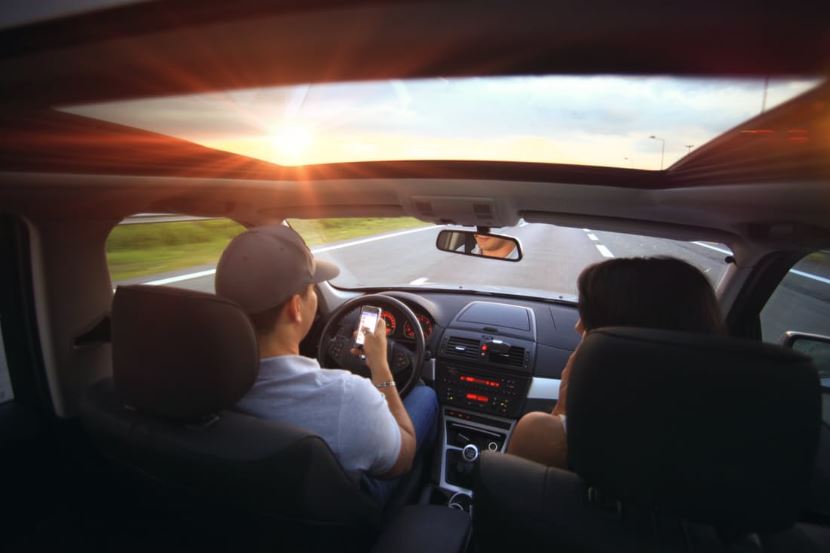 Looking to the Side

There’s no harm in quickly glancing to the left or right when you’re driving, but some people haven’t quite mastered the trick of looking where they’re going! Typically, drivers who cruise along looking out their window are reading house numbers or trying to check out some other feature on the roadside. This means they’ll be slow to react to anything coming from the front or the back. Furthermore, they may stop abruptly to turn into a driveway or parking lot.

Signals That Last Too Long

If you find yourself behind a car that’s had its blinkers on for a long time, keep your distance. This is a clear sign that they’re not paying as much attention to the road as they should be. They may also be lost, or unsure of where their turning is, which presents the danger of a sharp, sudden turn.

Phones, Food, and Other Distractions

Most of us are guilty of using our phones at the wheel on at least one occasion. However, while most of us simply skip a song or silence an incoming call, there are some people who make no distinction between using their phones at the wheel and anywhere else. Personal injury law firms throughout the country are constantly taking cases which have been caused by distracted driving, and it remains one of the biggest causes of fatal road accidents in 2017. If you see any drivers using their phone, eating with one hand, or even getting too invested in a conversation with their passengers, stay well away from them.

You may be surprised to see that this made our list. After all, isn’t speeding one of the biggest causes of car crashes? While higher speeds certainly account for some danger, safe driving is largely about adjusting what you’re doing according to the traffic around you. When drivers are moving much slower than the traffic around them, you should treat it as a red flag. They could be distracted, lost, or even intoxicated. If it’s safe to pass them, do so as soon as you can!

Despite it being a fundamental part of driver’s ed, a lot of license holders on the road today treat the highways like a NASCAR track; swerving across it and trying to overtake other drivers at any opportunity they get. People who make erratic and frequent lane changes cause a huge proportion of all the traffic accidents in the States and other western countries, so keep an eye on them. If you see one in your rear view, just maintain your speed and stick to the correct lane.
﻿
Shopping for the best auto parts to help you car enjoy a long life