Accident While Test Driving a Car? Here's What to Do

Things to know if you own a motorcycle

Things to know if you own a motorcycle Oct 26, 2021
CAR NEWS  motorbikes

What Are Your Rights if you Get Hit by a Car on a Pedestrian?

Brilliant Tips to Keep Your Car in Top Condition

How to scrap your old car productively?

6 reasons that motorsports insurance is KEY for extreme athletes!

Looking for a Toyota? Check out used cars in El Paso!

Jaguar Land Rover is the UK-based automaker behind two of the world’s most iconic car marques. Ever since the brands got bought by Indian automaker Tata Group, significant investment has got made into the firm.

As a result, the company has seen a rapid rise in its global fortunes. In a recent press release, Jaguar Land Rover announced they are creating an exciting new research project. One that it feels could revolutionize the auto industry! 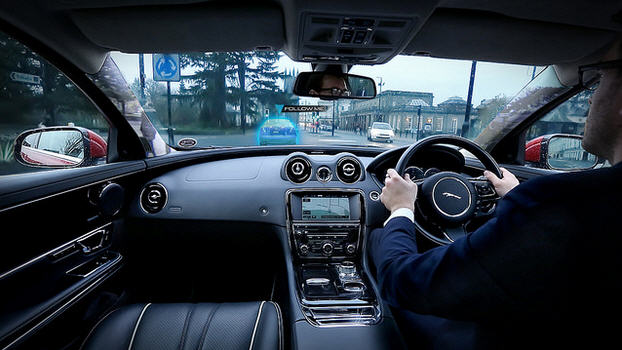 The first of two items Jaguar Land Rover is developing is what it dubs the “360 Virtual Urban Windscreen.” At the time of writing, almost all cars on the road today have “A-pillars” that obstruct one’s view of the road ahead.

But with the 360 Virtual Urban Windscreen, that will change. Jaguar Land Rover are working on technology that embeds screens onto the surfaces of each A-pillar. These screens would project live video feeds from cameras around the car.

They are also going to be doing the same thing with the B and C pillars on the sides and back of their cars respectively. In effect, one will have complete visibility around the entire car! It's a superb idea and something you would have thought automakers would have come up with by now!

It seems that Jaguar Land Rover aren’t the only people interested in developing such technology. A few days ago, we wrote about the Iveco VISION van concept. One feature of their concept van is semi-transparent A-pillars.

But Jaguar Land Rover wants to take their 360 Virtual Urban Windscreen technology a step further. Rather than just projecting a live video feed on the pillars, they wish to increase road safety even further.

They plan also to include what they call a “high-quality head-up display” on the windshield. The HUD would detect and highlight the movement of any cars or pedestrians on the road. It is hoped the technology would help drivers spot other road users much quicker.

Before you ask, Jaguar Land Rover are not doing research into the paranormal! The aim of their “Follow-Me Ghost Car Navigation” is to enhance satellite navigation technology.

Although satellite navigation directions are spoken, drivers still look at the dashboard LCD screen. As you can imagine, this increases the chances of drivers having auto accidents. Jaguar Land Rover think they have come up with a 21st-century solution to this problem.

In a nutshell, the Follow-Me Ghost Car Navigation involves projecting an image of a “ghost” car on the windshield. Instead of looking down at the LCD screen on your car’s dashboard, you would just “follow” the ghost car on your windshield!

The automaker says that such new technology will make life easier for drivers and lower the risk of auto accidents.

﻿
Accident While Test Driving a Car? Here's What to Do 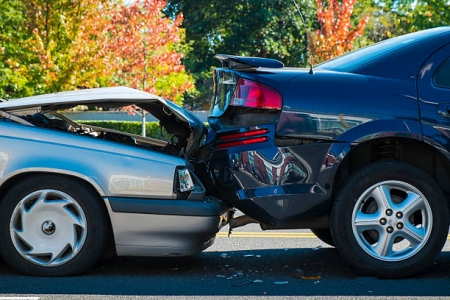 When victims are involved in a crash while test-driving a vehicle in Chicago, car accident lawyers often recommend that they call the police to report the crash, get medical help for any injuries, and take photos or videos of the scene and the vehicles involved. People who suffer injuries may be able to file a personal injury claim against the negligent driver, the dealership's insurance company, or the vehicle manufacturer.  Read more
CAR NEWS  Dec 02, 2021 18:11
How To Take Care of Your Exotic Car 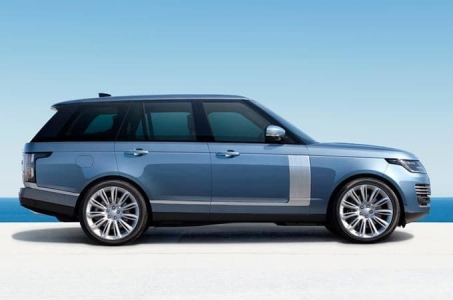 So, you have finally got your hands on an exotic new car. Maybe this is a moment you have dreamed about, or maybe it is a passion that has come completely out of the blue. Regardless, here you are, ready to take care of this new luxury item like your life depends on it.   Read more
CAR NEWS  cars Dec 02, 2021 12:37
What Are the Best Traction Tires for Winter? A Guide

People who are not used to driving in snow-covered conditions may have trouble getting traction or even just driving during inclement weather. According to the National Highway Traffic Safety Administration (NHTSA), around 11,000 accidents occur annually because of bad tires.  Read more
CAR NEWS  Tires Dec 01, 2021 01:00
More Stories >