Researchers at Facebook and Cornell University have come up with a formula that could predict whether a couple is likely to break up within the next 60 days.

Computer scientist Jon Kleinberg, and senior engineer Lars Backstrom stumbled upon this while coming up with a formula that could predict which users were in relationships with each other. Using on a dataset of 1.3 million Facebook users listed as "in a relationship", they found that the "dispersion" of your friends network is a key indicator as to whether two people would stay together. 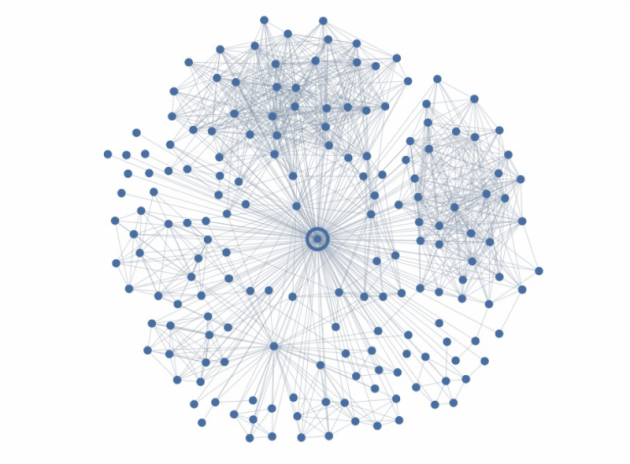 The above diagram represents the clusters of friends who are either coworkers or college friends. The blue dot in the center represents the owner of the account, while the dot towards the lower left represents the significant other. Surprisingly, those who shared a cluster of mutual coworkers was considered the best indication that two people were in a relationship. 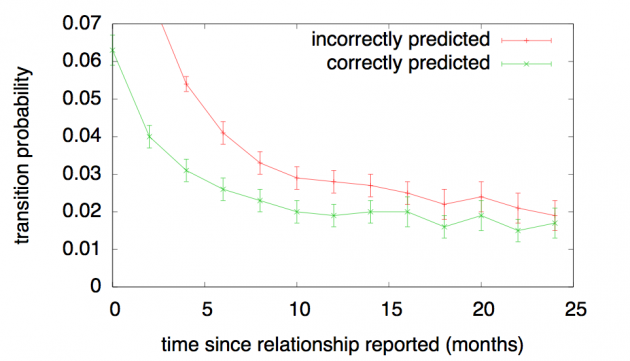 The red line in the chart above shows the number of incorrect guesses made using the formula. When it fails to spot a couple based on dispersion, that couple has a much higher likelihood of breaking up within the next five months.

Here's what the researchers had to say about the formula:
We find that relationships on which recursive dispersion fails to correctly identify the partner are significantly more likely to transition to ‘single’ status over a 60- day period. This effect holds across all relationship ages and is particularly pronounced for relationships up to 12 months in age; here the transition probability is roughly 50% greater when recursive dispersion fails to recognize the partner.
[Business Insider]
﻿
The 5 most common mistakes when betting online