James Franco Mocks Gossip Websites By Being The Paparazzo Himself 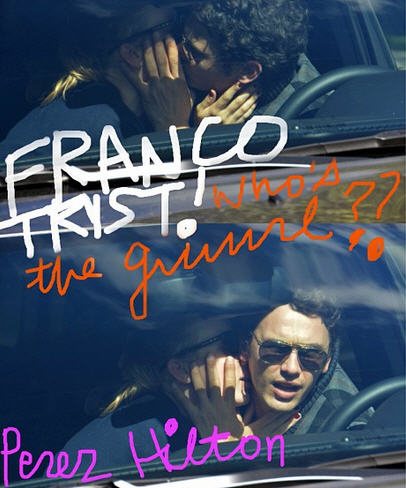 James Franco is man of many talents. Add paparazzi to his resume now. The latest photos of him were published by James Franco.

The actor started posting scandalous shots of himself to his Instagram account Tuesday in an apparent parody of gossip and news websites. The first is of him making out with a blond woman in a car, mocking Perez Hilton's signature sloppy Microsoft Paint edits. Check it out below:

The next photo mocked Just Jared. Franco wrote "Look closely MR. ROADHEAD!" over more photos of himself with the woman.


Franco then stitched three photos of himself with another man whose face he blacked out and replaced with a neon green question mark, tagging it with "#Jamesfrancotv in love?????? #gawker.com #gay."