10 Signs Your Partner is a Sociopath

When you find yourself in a difficult relationship, you would most likely ask yourself if you were meant to be with each other, or if you are good enough for your partner. But has it ever crossed your mind that your partner could be a sociopath?

Of course, it doesn't make your partner a dangerous criminal, but it does make life for you a little difficult. If you think you might be dating a sociopath, here are some red flags to look out for if they:

Sociopaths have an inflated sense of self. They're extreme narcissists with a huge sense of entitlement. They also tend to blame others for their own failures.

2. Lack of empathy, remorse, or shame.

“They don’t really have the meaningful emotional inner worlds that most people have and perhaps because of that they can't really imagine or feel the emotional worlds of other people," M. E. Thomas, a diagnosed sociopath and author of Confessions Of A Sociopath, told NPR. "It’s very foreign to them.”

They manipulate and deceive on a regular basis. They're "Lying for the sake of lying. Lying just to see whether you can trick people. And sometimes telling larger lies to get larger effects," Dr. Stout told Interview Magazine.

Sociopaths can be very charismatic and friendly because they know it will help them get what they want. “They are expert con artists and always have a secret agenda,” Rosenberg said. "People are so amazed when they find that someone is a sociopath because they’re so amazingly effective at blending in. They’re masters of disguise. Their main tool to keep them from being discovered is a creation of an outer personality."

Diagnosed sociopath M.E. Thomas described in a post for Psychology Today: "You would like me if you met me. I have the kind of smile that is common among television show characters and rare in real life, perfect in its sparkly teeth dimensions and ability to express pleasant invitation."

5. Show a disregard for societal norms.

They don't believe society's rules apply to them, so they break it, according to psychiatrist Dr. Dale Archer in Psychology Today.

6. Are able to stay calm in scary or dangerous situations.

M.E. Thomas says a sociopath might not be anxious after a car accident, and while normal people have shown fear when they see disturbing images or are threatened by electric shocks, sociopath tend not to.

They have no problem maintaining uninterrupted eye contact. "Our failure to look away politely is also perceived as being aggressive or seductive," M.E. Thomas wrote in Psychology Today.

Sociopaths tend not to have many real friends. "Sociopaths don’t want friends, unless they need them. Or all of their friends are superficially connected with them, friends by association," psychotherapist Ross Rosenberg, author of the Human Magnet Syndrome, told The Huffington Post.

They jump from goal to go and act on the spur of the moment. They can be irresponsible when it comes to money and their obligations to people.

10. Live to please themselves.

"If it feels good and they are able to avoid consequences, they will do it! They live their life in the fast lane -- to the extreme -- seeking stimulation, excitement and pleasure from wherever they can get it," Rosenberg wrote in Human Magnet Syndrome.

﻿
How to maintain your cast iron cookware with a chainmail scrubber 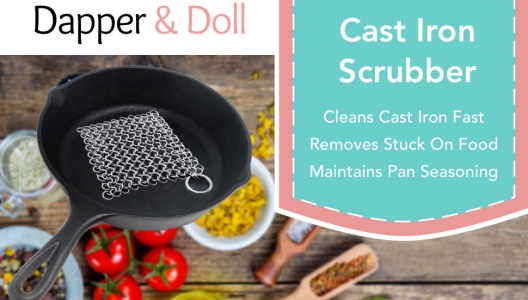 If you’re serious about cooking up delicious food for yourself, your family and your friends, then chances are pretty good that you know your way around a cast iron skillet.  Read more
LIFESTYLE  cookware Apr 16, 2021 09:34
Things You Can’t Live Without These Days

People are united everywhere by a set of needs. These needs are key requirements not just for essential survival, but for long-term physical and mental well-being. As the world expands and changes, the definition of needs expands and changes as well. For instance, something like the Internet would not have been considered a “need” 20 years ago, but now, Internet access is crucial to ensuring access to information for people everywhere.  Read more
LIFESTYLE  life Apr 14, 2021 21:24
Coping with Depression: 7 Things You Should Do