Here's Why All Kids Could Benefit From More 'Nap Time' 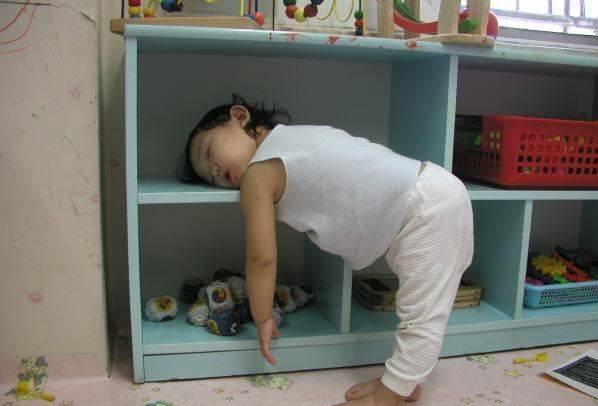 Besides not having to deal with a kid who is tired and cranky, a new study shows that letting kids nap might help improve their memory.

Conducted by researchers from U Mass Amherst, the study observed both sleep and learning patterns of 40 kids aged three to five-years old. The study found that kids who took afternoon naps were better at retaining information. The BBC reports:
Lead investigator Rebecca Spencer said: "Essentially we are the first to report evidence that naps are important for preschool children.

"Our study shows that naps help the kids better remember what they are learning in preschool."

She said while older children would naturally drop their daytime sleep, younger children should be encouraged to nap.

Dr Robert Scott-Jupp, of the Royal College of Paediatrics and Child Health, said: "It's been known for years that having a short sleep can improve the mental performance of adults, for example doctors working night shifts. Up until now, no-one has looked at the same thing in toddlers. This is important, because pre-school nurseries are divided on whether they should allow their children a nap.

"Toddlers soak up a huge amount of information everyday as they become increasingly inquisitive about the world around them and begin to gain independence.

"To be at their most alert toddlers need about 11-13 hours of sleep a day, giving their active minds a chance to wind down and re-charge, ready for the day ahead. We now know that a daytime sleep could be as important as a nighttime one. Without it, they would be tired, grumpy, forgetful and would struggle to concentrate."
So the next time you feel tempted to wake a child up from its nap, remember this gem of information. But if you can't remember, then perhaps you should give yourself more naps during the day.