How Much Is The Junk You Carry In Your Handbag Really Worth? 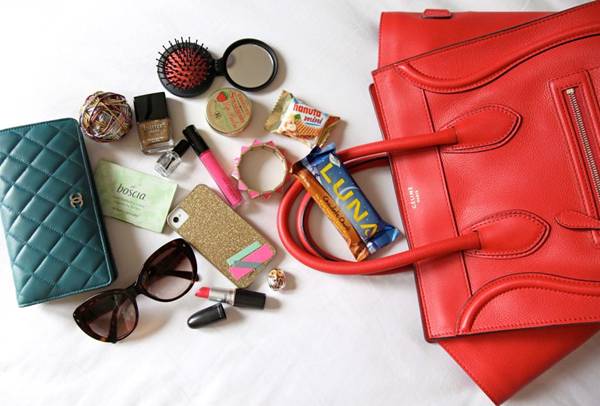 Handbags, purses, whatever you call them, come in all shapes, sizes, colors and styles making them the perfect solution for carrying around your valuables. But is it really necessary to lug around all that stuff?

According to a survey British luxury retailer John Lewis, the average female customer totes around almost $2,000 worth of junk on their arms.

The insane figure was calculated after compiling a list of "handbag essentials", before adding the cost of the list to the cost of the company's most popular handbag:
Obviously, this probably doesn't apply to every woman who carries a handbag. But if you don't want to become a prime target for snatch thieves, now would probably be a good time to cut back on carrying all that crap.

Recent research has shown that teen overdose deaths have increased exponentially in the last few years. However, drug use among adolescents has remained relatively stable if not declined. Researchers believe that drugs are becoming more potent and dangerous to take.  Read more
LIFESTYLE  teens Jul 05, 2022 01:37
Where to buy pen collections?

A saree is a traditional garment originating in India, worn by Indians in various religious ceremonies. The festive sarees are woven with colour silk threads and beads and other ornaments, creating a bright festive look.  Read more
LIFESTYLE  festive sarees Jun 30, 2022 19:20
More Stories >