Someone Gave This Waitress A Bogus $200k Tip

What is the largest tip you've ever seen? One waitress, going by the name of Sara, received a super fat tip from a party of three people - two women and one man. Too bad it turned out to be fake.

One of the women reportedly told her: "I will be your guardian angel today. You've never seen a person like me. You've never had a table like me. This will change your life." Sara saw the woman write a $200,000 tip.

However, Sara was disappointed to find out that the bank had rejected the exorbitant amount.

Here's a copy of the receipt, which the waitress posted to Reddit. Talk about being really cruel: 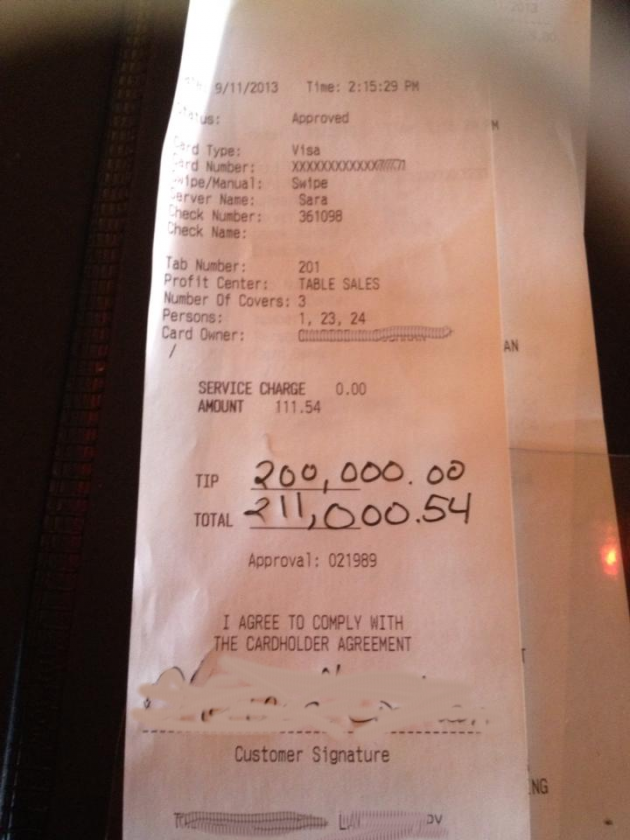