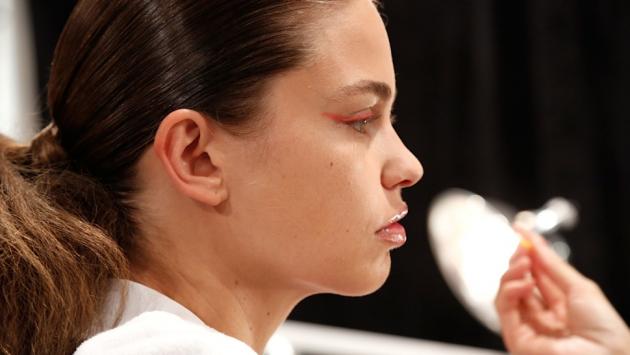 Elle Evans is one of the models from Robin Thicke's "Blurred Lines" video, and she's weighed in on Miley Cyrus's VMA performance.
"I definitely would say that I didn't approve," Evans told FOX411 News. "It was distasteful, in a way. I was more disappointed than anything. I don't know. It was a little extreme. It didn't have to be that extreme. It would have been a great performance, everyone loves the song, everyone was really looking forward to it, and I was appalled. I couldn't believe what I was watching, honestly."

...As for Cyrus' edgy new persona, Evans, who worked with the 20-year-old last year on her music video "Decisions," says, "I guess we all should have seen it coming. I didn't, I really didn't. I thought that she was going to transition from a child actor into a bad-ass rocker chick, but I don't know what happened. She lost it a little, I think. I was like, ‘Wait! Where's Miley? Where's the Miley we love? Where's the Miley I know and, like, respect? Where did that go?' I don't know."
So to do skanky, you need to do it classy? [E!]