Your Pet Is Obese Because It Is Sick Of Your Shit 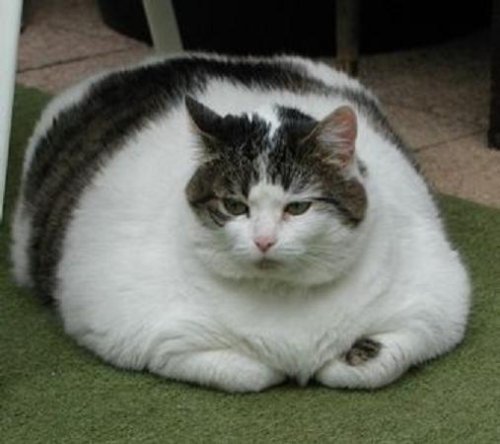 Your fat pet is stress-eating, according to a research review published in the Journal of Veterinary Behavior.

Pets too can use food as a "coping mechanism" to deal with "emotional distress," such as a lack of physical affection. From the Telegraph:
[McMillan] shows that animals, like humans, can eat too much, not necessarily out of hunger, but also a result of “disinhibition” - whereby overeating is in response to stimuli other than internal hunger cues, such as stress. He also cites earlier studies to show that some animals offered an abundance of food do not overeat, as well as others showing a link between stress and negative emotions and eating.
There are several triggers to a pet's stress eating, some of which include boredom, anxiety, and depression according to Dr Franklin McMillan, a vet and former clinical professor of medicine at the Western University of Health Sciences College of Veterinary Medicine, in California. He says that pet overeating might be a sign of a pet's pleasurable emotional state, or a canine/feline mind "in turmoil."

Taking your pet's food dish away or taking them for a walk isn't going to necessarily address the underlying causes of stress eating. So if your pet is worryingly obese, maybe it's time to pay them a little more attention.