What to Do When You Find Out Your Kid is Smoking 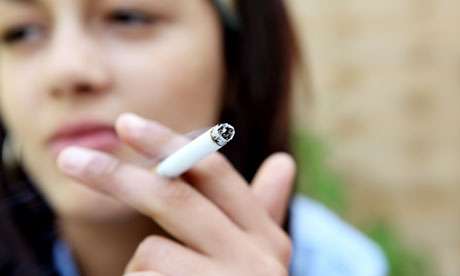 Teen smokers would know that when they first pick up the habit, the biggest fear was getting caught by parents. Most teens would try to hide it as much as they can, but what would you do if you found out?

"Parents should recognize that it's not too late if their kid has started experimenting with tobacco, or even if they're regular smokers," says Yvonne Hunt, program director in the National Cancer Institute's Tobacco Control Research Branch. "Parents can really be influential by showing interest and engaging their teens in conversations about it."

So where do you begin?

Firstly, take a breather. If you find out your child smokes, "It might be natural for parents to feel upset, angry, scared, worried or like they're losing control of the situation," says D'Arcy Lyness, a child and adolescent psychologist and behavioral health editor for KidsHealth.org.

When you have these emotions festering you may lash out at your teen and punish them. Instead, take a moment to collect yourself and decide how you want to react. Lyness suggests that yelling and screaming would less likely be helpful.

"To be taken seriously, parents should utilize that position of authority in a credible, balanced way as they communicate," she says.

Parents should try to stay calm and clear when they tell their teen that they strongly do not want them to smoke. The respectful tone will help open up a dialogue with their teen. Of course this would only work if the parents aren't smokers.

"If a parent smokes, they need to quit," Lyness says. "They need to walk the talk."

If you can't quit, know that you could still influence your kid to quit. Tell them about your own struggles with tobacco, and remind them about the times you've tried to quit without success, to stress the seriousness of the issue.

Hunt adds, "Whether or not the parent is a smoker, they can certainly communicate what their expectations are for their kids and set limits."

You can declare your home smoke-free. Also determine other no-smoking zones such as your teen's car, garages, porches or decks.

Provide your teen with help and support for quitting. Helping them quit smoking "is not a talk-about-it-once-and-you're-done type of thing," Hunt says. "It's a process. Continue to monitor and talk about it, keep going and don't give up."