These kids don't just have their parents' millions at their disposal, but they also inherited their good looks too. While some have cashed in on their family names, others are striking out on their own by starting charities and taking over the family business.

Here's a list of the top 27 heirs and heiresses that you need to know about: 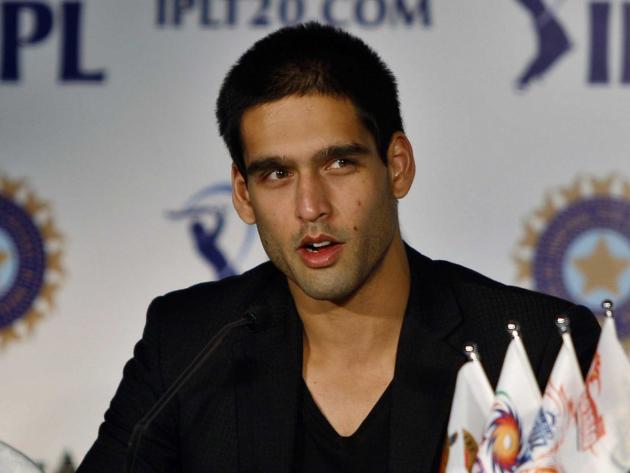 His dad is Indian industrialist and parliament member Vijay Mallya, who happens to be the 73rd richest man in India, worth $800 million, according to Forbes The 26-year-old is the director of the Indian Premier League team Royal Challengers Bangalore, and has been named by his father Vijay Mallya as the future head of the United Breweries Group. Is rumored to have dated a few famous Bollywood actresses, and may also be considering giving acting a try. 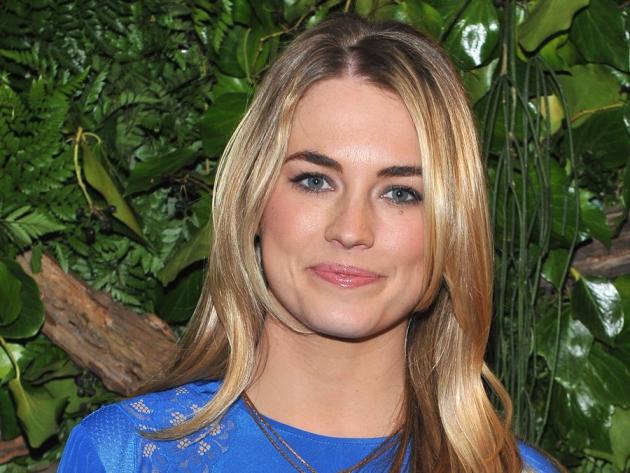 The 29-year old is the great-granddaughter of media mogul William Randolph Hearst, and is the heiress to the multi-billion dollar Hearst Corporation. She graduated from Fordham University with a major in art history. Harper's Bazaar once published an article claiming the heiress spends $136,000 on herself annually, a figure which she vehemently denied.

Beyond the wealth, Amanda has modeled, is a spokesperson for ethical fashion brand Maison de Mode, and is the founder of Friends of Finn, an organization dedicated to the closing of puppy mills. Currently, Amanda is the special projects manager at Town & Country Magazine. 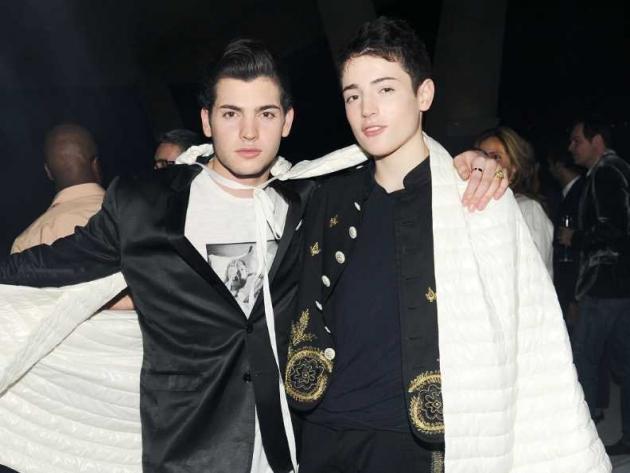 Peter's might be currently majoring in art history at Hunter College, but he's also done some pretty dumb things. Back in 2012, he was criticized for joking about having the newly reelected President Obama assassinated and posting it on Instagram.

Peter subsequently lost his Twitter and Instagram privileges, but his 16-year-old brother tweeted after the scandal that he personally loved Obama. 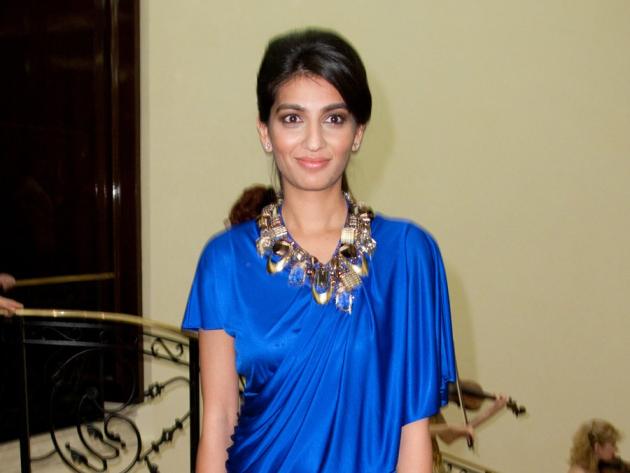 Daughter of Indian steel magnate Lakshmi Mittal who is said to be worth $16.5 billion, making him India's second richest man. During her 2004 marriage to investment banker Amit Bhatia, her father threw her a $60 million wedding at the 17th Century Chateau Vaux le Vicomte, which included a performance by pop star Kylie Minogue.

The 33-year-old is a graduate of the European Business School and recieved her MA from the University of London. She is heavily involved with charitable work and oversaw a project in India to improve the quality of life for one rural town's inhabitants. 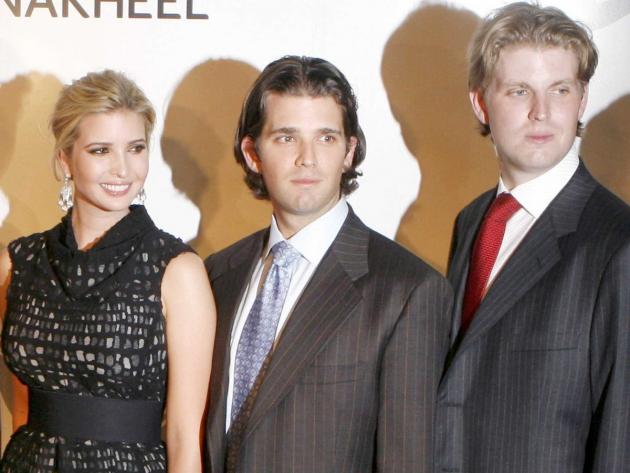 Ivanka, Donald Jr., and Eric Trump
These are the spawn of real estate magnate Donald Trump, the 134th richest man in America who is currently worth $3.5 billion.

Ivanka is a former model and currently works for The Trump Organization and also runs her own Ivanka Trump Lifestyle Collection. The 31-year-old is married to Jared Kushner, the owner of The New York Observer.

Donald Jr., 35, is an executive vice president at The Trump Organization. He attended the University of Pennsylvania, and is an ambassador for Operation Smile. Donald Jr. is currently married to model Vanessa Haydon. Eric, 29, also works for his family's company. He is the founder and chairman of The Eric Trump Foundation, which donates to children fighting life-threatening diseases. 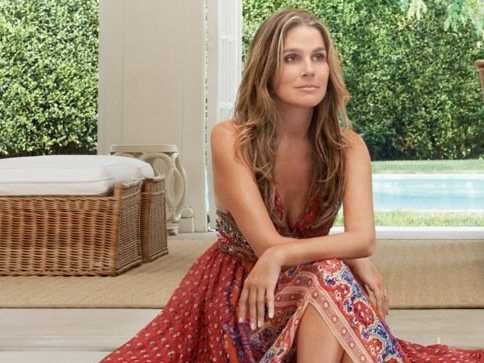 Granddaughter of cosmetics moguls Estée and Joseph Lauder, her father Ronald Lauder ranks #376 on Forbes' billionaires list, and is worth an estimated $3.7 billion.

The former senior vice president and creative director of Estée Lauder is still a global ambassador for the family brand.  In 2012, she started her own luxury lifestyle brand AERIN, which sells accessories, jewelry, eyewear, home products, and beauty products. Aerin also serves on the Education Committee for the Board of Trustees at the Metropolitan Museum of Art and is a member of the International Committee of the Museum of Modern Art. 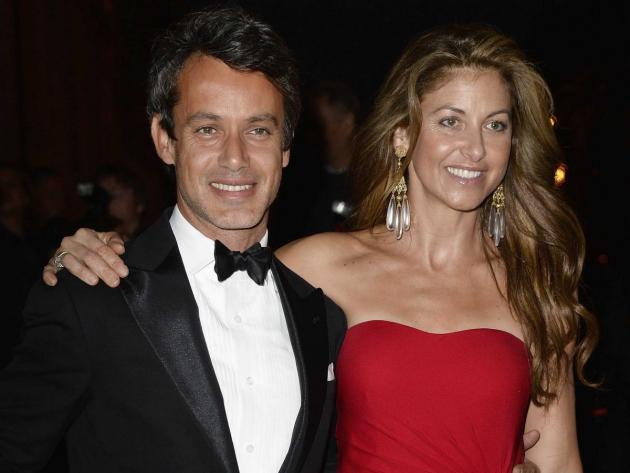 Dylan and Andrew Lauren
Kids of fashion mogul Ralph Lauren, who is ranked #166 on Forbes' billionaires list, with a net worth of $7.7 billion. Andrew graduated from Brown University and became a movie producer after trying his hand at a Hollywood acting career. Daughter Dylan graduated from Duke University, and worked as an event planner before starting her own "Willy Wonka"-inspired candy company. 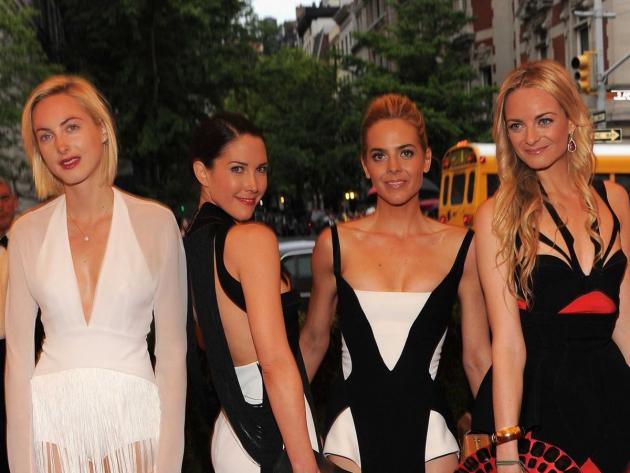 Tall, french, and gorgeous, these ladies are the granddaughters of cosmetics mogul Jacques Courtin-Clarins. Their fathers, Olivier and Christian Courtin-Clarins, are worth a combined $2.2 billion. The company is worth an estimated $3.6 billion, but potentially more since the family took the company private in 2008.

All four women are brand ambassadors for Clarins and shareholders in the company, and frequently test products and do how-to videos with Clarins products, when they're not attending the red carpet at Fashion Week. 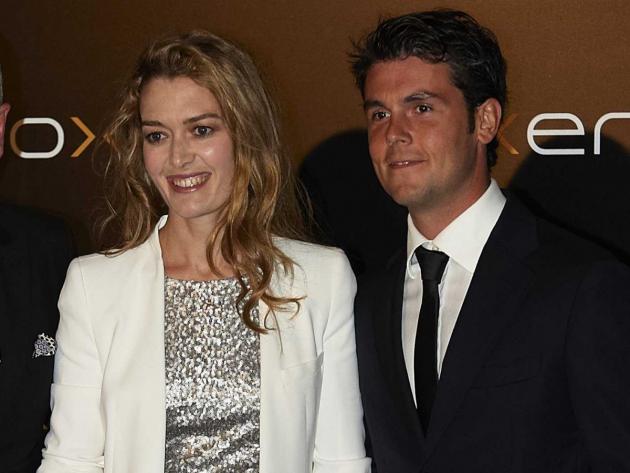 Marta Ortega-Perez
This Spanish beauty is the daughter of Amancio Ortega, Zara owner and founder of the global fashion firm Inditex, which owns the Zara retail chain. Ortega ranks #3 on the Forbes' billionaires list with an estimated worth of about $57 billion. Marta is rumored to taking over her father's role in the international fashion company, but states that she started at the bottom where she stocked shelves and dealt with customers. She is also an avid equestrian and married Spanish equestrian star Sergio Alvarez Moya in 2012. 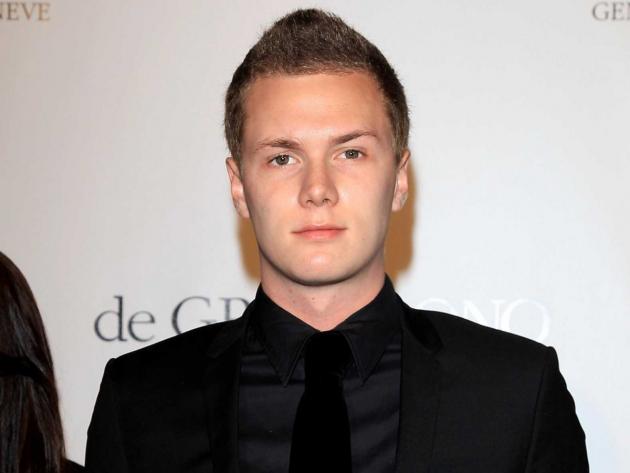 Barron Nicholas Hilton II
Barron may be best known as Paris and Nicky Hilton's younger brother.  Was named after his grandfather, William Barron Hilton, who is worth $2.5 billion as of 2011. His current job seems to be mostly posting pictures of expensive meals, his sisters, and his dog on his Instagram account.

Back in February 2008, Baron was stopped and arrested for a DUI offense in Los Angeles and released on bail. Hilton later pleaded guilty to two misdemeanors and for having a fake driver's license, and was made to pay $4.9 million for hitting a gas station attendant with his car. 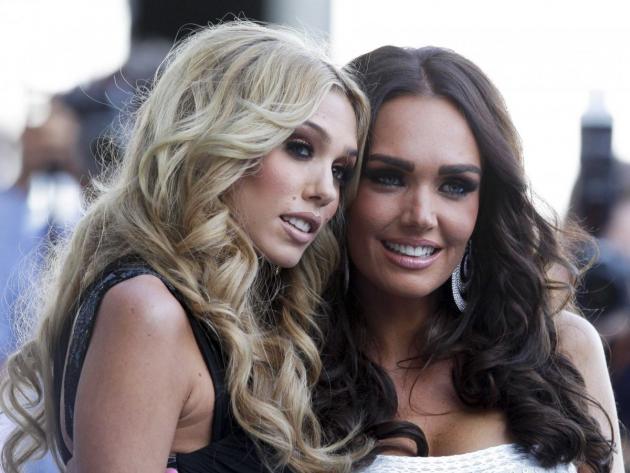 Petra and Tamara Ecclestone
The model daughters of Formula One CEO Bernard Ecclestone, who is ranked #353 on Forbes' billionaires list wtih and estimate worth of about $3.8 billion. The sisters well-known for their real estate holdings, purchasing multiple homes upwards of $50 million.

Tamara is a staple in the British tabloids, and is famous for her $1 million handbag collection and reality TV show called "Billion $$$ Girl."  In 2012, she got hitched with a lavish $17 million wedding held in France. She and husband Jay Rutland are expecting their first child.

Petra has also tried modeling as well as designing menswear. Married James Stunt in 2011, and the couple had their first child together this year. 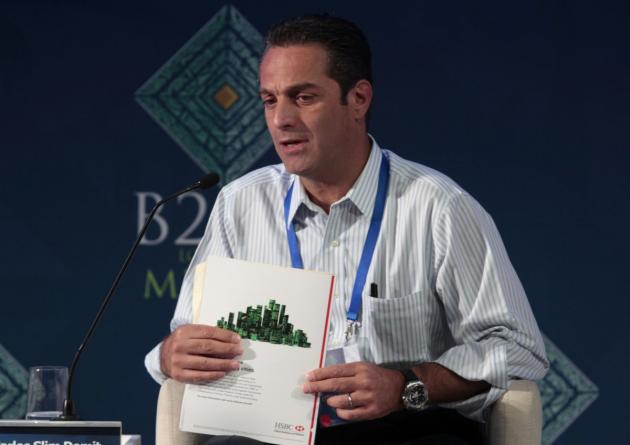 Carlos Slim Domit
The eldest son of the richest man in the world, Mexican telecommunications billionaire Carlos Slim. with a networth of $73 billion. This 38-year-old graduated from Universidad Anáhuac in Mexico, and has served as the Chairman of the Board of Grupo Carso since 1998. Loves race cars (watching, not participating). Married wife María Elena Torruco in 2010. 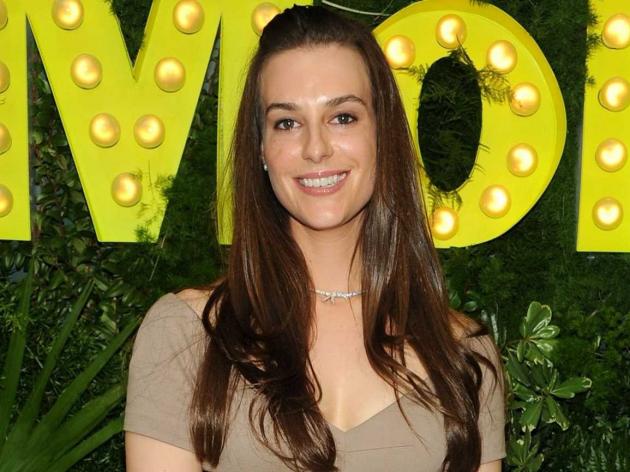 She graduated from Columbia University, and started her eponymous lifestyle fashion brand in 2011. Volunteered at an elementary school run by a nonprofit organization while living in Brazil. Married husband Matthew Bucklin after a seven-year courtship in 2010. 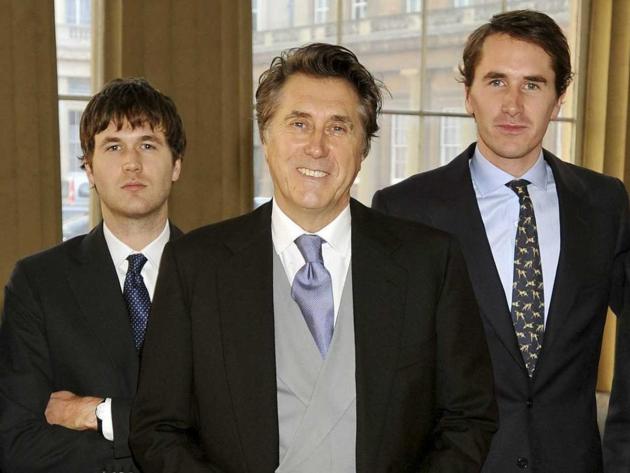 Isaac and Otis Ferry
The eldest sons of British rock star Bryan Ferry, who is reportedly worth £30 million (about $48 million).  Isaac and Otis are frequent fodder for the British tabloids thanks to their run-ins with the law, ties to gorgeous socialites and models, and forays into the music industry. More details about the http://www.businessinsider.com/hot-children-of-millionaires-and-billionaires-2013-10?op=1#ixzz2kJ9MHaqO" onclick="window.open(this.href);return false;">four of the Ferry brothers here. 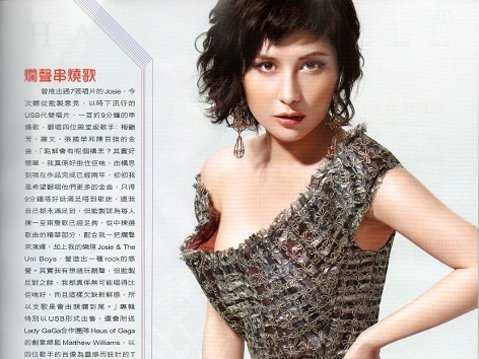 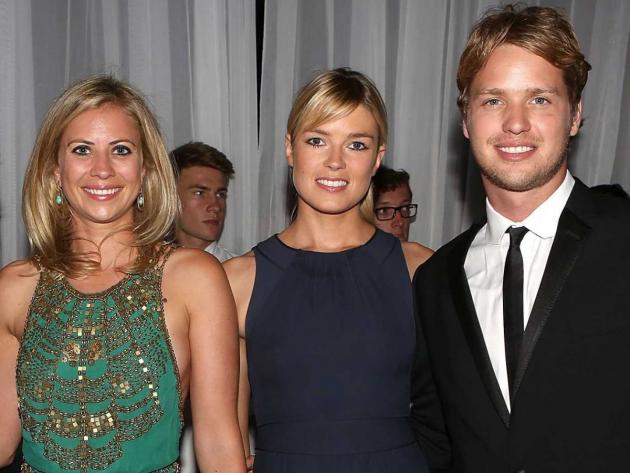 Holly and Sam Branson
The attractive children of Virgin mogul Richard Branson, who is worth about $4.6 billion Holly graduated from medical school in 2007, worked for a year at the Chelsea and Westminster Hospital before deciding she wanted to join the family business. Also co-chairs the charity Free The Children.

Sam graduated from St. Edwards in Oxford, and is interested in becoming a documentary filmmaker.Also works for the family business. Is said to be friends with Prince Harry, and recently married British society girl Isabella Calthorpe. 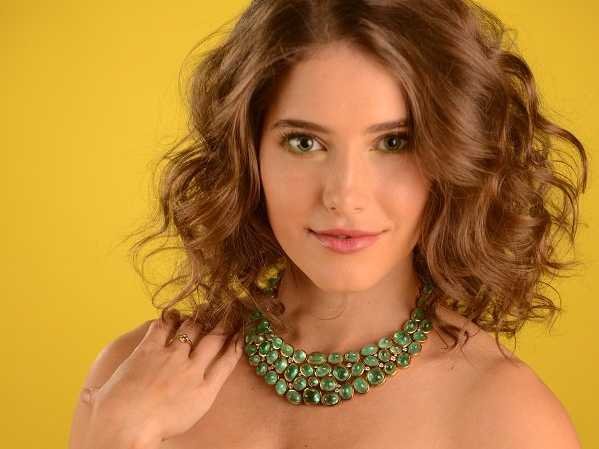 Caroline Jones
Daughter of BVI Global Fund manager Paul Tudor Jones II, who is reportedly worth $3.7 billion This talented singer/songwriter has performed at Julliard and Madison Square Garden. Has recorded with former Sony Music Entertainment head Tommy Mottola and played alongside Paul Simon and Dave Matthews in 2012. Is currently on her "Heart is Smart" school tour, performing in classrooms around the country.

[Source]
﻿
6 Reasons You Should Invest in an Oceanfront Vacation Home