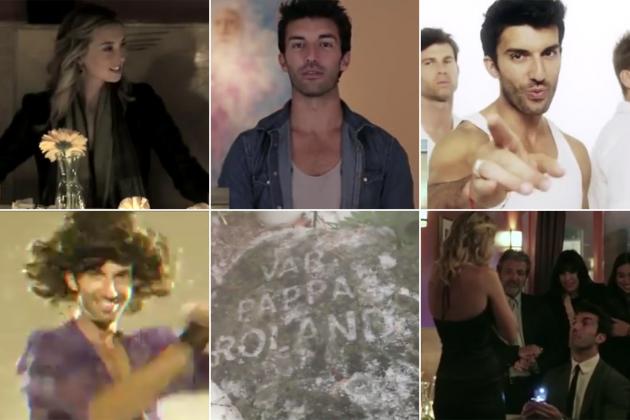 Actor and director Justin Baldoni proposed to his girlfriend Emily Foxler at the Blu Jam Cafe in Los Angeles. The only problem with his proposal? It was 25 minutes long.

The couple had their first date at the Blu Jam cafe, and when she arrived at the cafe, he was nowhere to be found. Instead, he organized a romantic setting where she sat waiting for him.

She was then shown a video of it on a nearby screen, which kicked off the marathon proposal.

“I promise I’m not standing you up. It’s the opposite of that,” Justin says in the clip. “Baby I love you. I love you so … freaking much. I love the s**t out of you.”

Justin then goes on a romantic marathon quest. He changes into a white singlet, and starts lip syncing to "N Sync, Boys II Men, and then Dancing Queen".

And just when you think that would have been enough, Justin continues with another barrage of romanticism by adding another ten minutes to the clip -  fake trailer, and then some old home videos.

By then, Emily looks kind of tired.

He finally makes it to the cafe for the actual proposal, but before he goes down on one knee, he procrastinates with even more weird stuff, like inviting his family, her mom, and showing her a video of him asking her deceased father's permission to marry her. And just when she's all cried out already, he finally pops the question. 30 minutes in the making.

Thankfully she said yes. Or was she all worn out then?

Watch it if you have 30 minutes to spare.