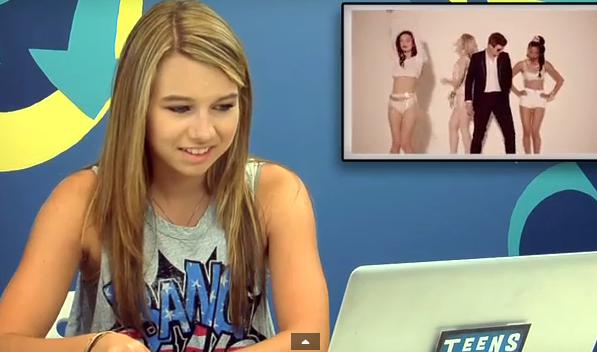 Robin Thicke's song Blurred Lines have been played over and over again on the air, in social networks, and on talk shows. But what do teenagers think of it? It seems that they like the song, but think the video is a little violating, boring, and uncomfortable. One kid points out that maybe the topless video was better than the clothed one because then it's "less blurred lines", but everyone's pretty much on the same page with "these girls being sexualized"

One kid spewed some truth by saying the creators just want people to talk about the video and watch it. Check out the segment below: