This 8 Year Old May Be The Key To Immortality 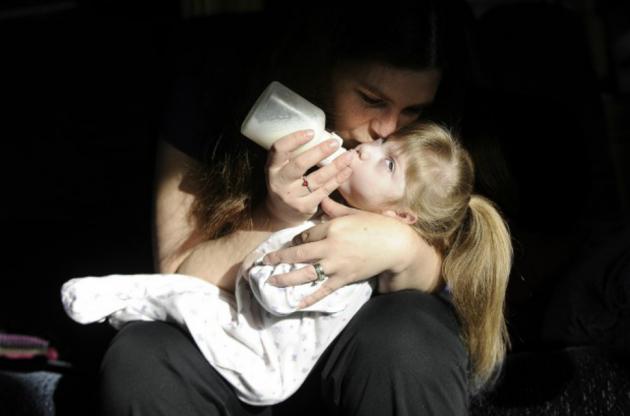 There are some people who look really young. Gabby Williams is one of them. She is eight years old, but looks like a newborn. And she's one of the only handful of people across the world who age at an incredibly slow rate. Scientists are trying to figure out why. When they do, they could find a way to fight Alzheimer's. We may even discover the "fountain of youth".

Gabby is not alone. Other cases include a 29 year old Florida man who has the body of a 10 year old, and a 31 year old Brazilian woman who still looks like a 2 year old. None of them were able to develop out of virtual infancy and have suffered through other developmental ailments. Some of them like blindness and deafness. Scientists believe there's some kind of genetic code in here that could reveal how to stop the aging process once the maturation process is complete.

"In some people, something happens to them and the development process is retarded," medical researcher Richard F. Walker told ABC News. "The rate of change in the body slows and is negligible."

"If we could identify the gene and then at young adulthood we could silence the expression of developmental inertia, find an off-switch, when you do that, there is perfect homeostasis and you are biologically immortal," Walker said.

If this could happen, humans would stop aging past their peak of maturation. Death would still come, but you would remain looking your physical peak until then.
﻿
Things To Keep In Mind While Buying New Year Gifts For Your Loved Ones