Beyoncé Talks About Her Sexuality in "Part 4: Self-Titled" Behind the Scenes Video of Her Visual Album


Beyoncé discuses her latest album in Part 4 of "Self-Titled". She discuses the super sexy content behind the song ad video for "Partition". It is a track where she sings about giving her partner head in a limo.

The song, according to the singer, was co-written in part by The Dream and Justin Timberlake and produced by Timbaland, and it reminded her of when she and Jay-Z first met.

She reveals that even though she basically freestyled the lyrics in the studio – "I didn't have a pen and paper" – at first, the content embarrassed her:

I was so embarrassed after I recorded the song because I'm just talking shit. And I'm like, "I can't play this for my husband." I still haven't played it for my mom. She's going to be very mad at me. 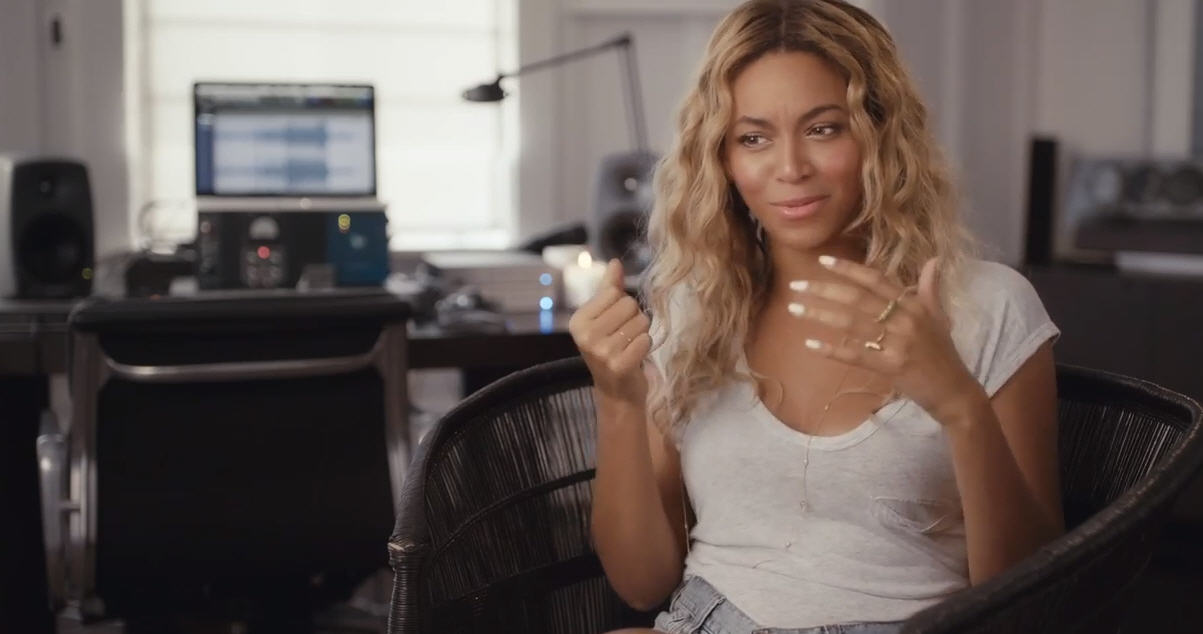 Bey says that since the day she and Jay-Z got engaged was also his birthday (December 4), she took him to Crazy Horse strip club in Paris, the same place the video was shot:

And I remember thinking, "Damn these girls are fly." I just thought it was the ultimate sexy show I'd ever seen. And I was like, "I wish I was up there. I wish I could perform that for my man. So that's what I did for the video."
She also talks about weight gain when she was pregnant, and that she only wanted to start shooting when her body looked good.

I was very aware of the fact that I was showing my body. I was 195 pounds when I gave birth. I lost 65 pounds. I worked crazily to get my body back. I wanted to show my body. I wanted to show that you can have a child and you can work hard and you can get your body back. I'm still finding my sensuality, getting back into my body, being proud of growing up. It was important that I expressed that in this music because I know there are so many women that feel the same thing after they give birth.

You can have your child and you can still have fun and still be sexy and still have dreams and still live for yourself.
In other Beyoncé related news, here is a long-awaited mash-up of D'Angelo's "Untitled (How Does It Feel)" with "Rocket":