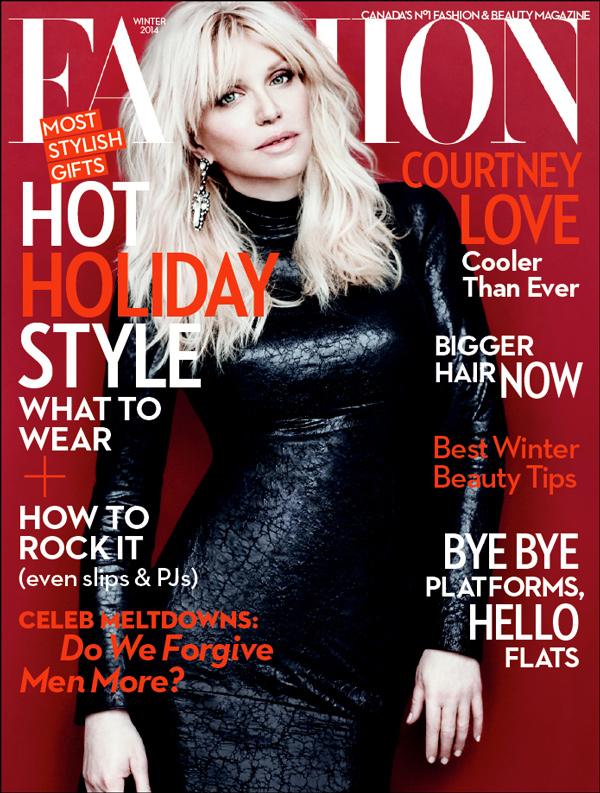 Grunge queen Courtney Love covers the winter issue of Fashion Magazine, wearing a black Gucci dress. Photographed by Chris Nicholls and styled by Zeina Esmail, Courtney tells the magazine that she is not a sell-out, saying, “There will be no biopic on me. I will never sell my publishing. I won’t let that happen. I still get hit on by guys because they want to be cast in that Kurt Cobain biopic that’s been in production for years. I could give you some [actors’] names that would blow your mind, but I am so not sleeping with someone under 38.” The new issue hits Canadian news stands November 11th.