The 'Humans of' Photography Movement is Spreading on Facebook 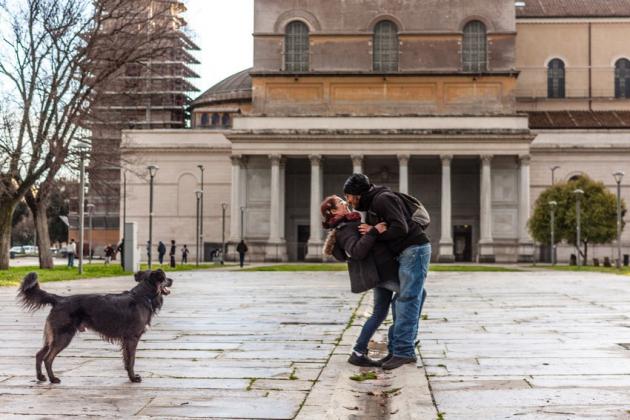 Here's the idea: Take a candid portrait of someone on the street and then tell an authentic story about his or her life. First spawning from the Humans of New York Facebook page, which was created by Brandon Stanton in 2010, the "Humans of" pages has since been spreading around the world.

Each collecting more than 50,000 likes, "Humans of" Rome, Amsterdam, Karachi, Tehran and India are prime examples of sites modeled after HONY.

"Humans of New York inspired me by giving me the courage to do something that I've always wanted to do. It made me think, 'If someone did it, that means it's possible,'" said Humans of Rome founder Marco Massa, 21, who photographs all of the page's images.

Debra Barraud, founder of Humans of Amsterdam, is also inspired by the other "Humans of" sites, but said she tries to add her "own style of photography to the project."

Khaula Jamil, founder of Humans of Karachi in Pakistan, said women are more hesitant to be photographed since male family members can be protective and wary of strangers who speak to them.

"The Pakistani public generally shies away from anything related to media mainly because journalism has been abused quite a bit by some unethical people in the business," Jamil told Mashable in an email.

Megha Majumder, founder of Humans of India, emphasized the importance of genuinely relating to people when photographing them.

Have you seen anymore "Humans of" pages that are worth checking out? Share it with us in the comments!

Image: Humans of Karachi
﻿
Why Armada Technologies Products are So Popular?