How Fake Poop Is Helping Designers Create A Better Toilet 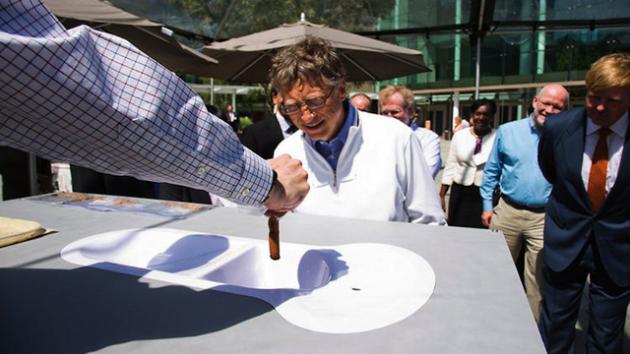 The Gates Foundation is trying to give the toilet an upgrade. Their goal is to help 3.5 billion people lacking access to clean toilets, but how are they going to do that? By using fake poop.

A competition from the Gates Foundation's 2012 Reinvent the Toilet Fair encouraged local inventors to create inexpensive and hygienic waterless toilets. To test them out, the organizers had to use fake poop - an engineered excrement from Maximum Performance - a company whose sole mission is to create the best fake poop in the world.

According to FastCo, the fake poop, is created with the same types of machines that create your breakfast sausage. It uses a mixture of soybean paste and rice that's then flushed down the prospective toilet along with some toilet paper. Maximum Performance told Fast.Co:
The soy mixture was chosen after extensive testing. It is purchased in bulk in large containers and then mixed with whatever is needed to achieve the specified formula. For example, if it comes from the supplier too dry, then mix with a small bit of water. If it comes too moist, then it is mixed with a powdered version to reduce the moisture content. The soy and rice mixture is the closest thing we have found to 'the real thing' both in weight as well as the way it begins to break apart when flushed.
Most toilets only flush down 335 grams of waste in a single shot in their tests in 2003. Today a single flush can take down 650 grams. The average maximum male fecal size is around 250 grams. 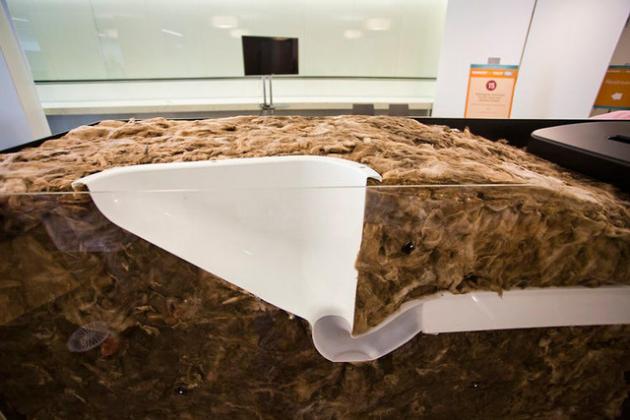