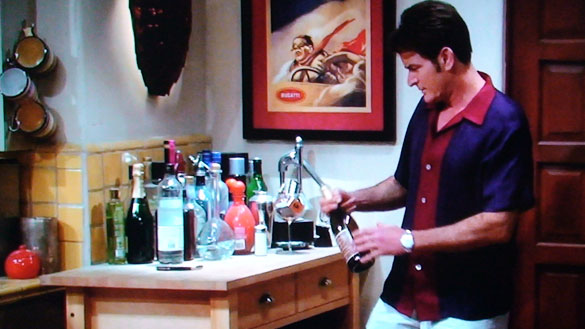 Apparently, some media outlets are reporting of the discovery of an alcoholism gene. A defect in your DNA that contributes to alcohol dependency. Interesting. But the discovery is more than just that.

Here's what the new study found:

There's a gene, called Gabrb1, regulates the behavior of mice when it comes to their preference for alcohol. When it is faulty, it causes excessive drinking. The study appears in Nature and shows how normal mice drink little or no alcohol when offered a choice of water or diluted alcohol.

Mice, with a genetic mutation to Gabrb1, however, will always prefer booze over water.

The scientists concluded: "Our results provide a new and important link between [Gabrb1] function and increased alcohol consumption that could underlie some forms of alcohol abuse." Does seem like they've found the alcoholism gene. Right?

But still, the experiment was done on mice. And unlike humans, rodents don't have a "taste" for alcohol. As Slate's Daniel Engber has argued, mice are among the most unreliable test subjects, particularly when it comes to approximating human biological processes.

It is difficult to show how a single "faulty gene" could be associated with excessive drinking. The researchers themselves admit as much:
We are continuing our work to establish whether the gene has a similar influence in humans, though we know that in people, alcoholism is much more complicated as environmental factors come into play. But there is the real potential for this to guide development of better treatments for alcoholism in the future.
Read the entire study at Nature
﻿
An Analysis of Fifteen Exceptional Alternatives for the Video Game Diablo 2: Resurrected