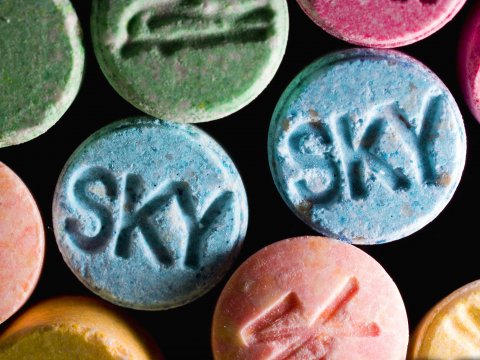 Using any drugs without the assistance of a doctor or other medical professional is probably a very stupid thing to do. Nonetheless, science has managed to find a surprising number of health benefits linked with these party drugs:

This synthetic compound that produces hallucinations, feelings of emotional warmth and high levels of energy which makes it popular with partygoers. Research shows that it could be useful in treating post-traumatic stress disorder, or PTSD.

Made using the leaves of the coca plant (Erythroxylum coca), this drug has been credited with wide a range of health benefits. Cocaine can be used as a topical anesthetic for surgical procedures due to its rapid-acting numbing properties. When combined with other compounds into a preparation called TAC, it can be used to treat minor skin lacerations by narrowing blood vessels.

Lysergic acid diethylamide is a hallucinogen that's been widely used for decades. New research from Norway believes it might be beneficial in treating alcoholics by giving them "a new appreciation for their alcohol problem and new motivation to address it."

This animal tranquilizer can often found by attendees at dance raves, but it may also effectively combat the symptoms of depression by stimulating the growth of synapses in the brain. The beneficial effects are said to occur within hours.

Regardless of your stance on medical marijuana, there's no denying that pot has been linked to tons of medical benefits. Years of scientific research has proven it to relieve chronic pain, prevent PTSD, stimulate appetite for people with AIDS wasting syndrome, control nausea, relieve intra-ocular pressure associated with glaucoma, treat opioid dependence and improve the symptoms of Crohn's disease.

[Image via Wikimedia Commons]
﻿
An Analysis of Fifteen Exceptional Alternatives for the Video Game Diablo 2: Resurrected