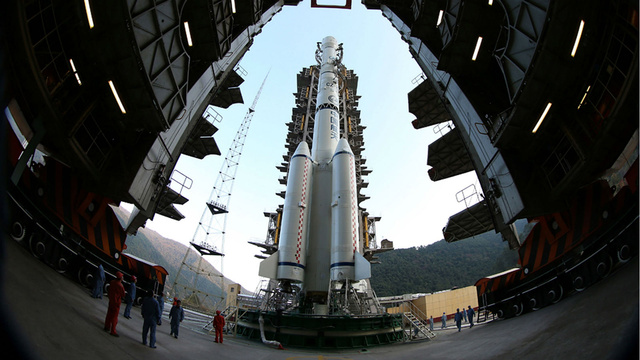 China is headed to the moon. The Long March rocket carrying the Chang'e 3 lunar lander successfully launched earlier this morning. China will, if successful, become the third country in history to land a spacecraft on the moon.

The Chang'e lunar probe marks China's first attempt at an extra-terrestrial "soft landing". Only the U.S and Soviet Union have succeeded so far. The probe is expected to arrive the moon's Bay of Rainbows by mid December. The Chang'e 3 will deploy a six wheeled, solar powered rover dubbed the "Yutu" (translated as "Jade Rabbit"). The rover will spend three months checking out the lunar landscape and studying the geological makeup of the moon's crust. Will they also try to beat the Japanese at transforming the moon into a giant powerplant? Who knows.