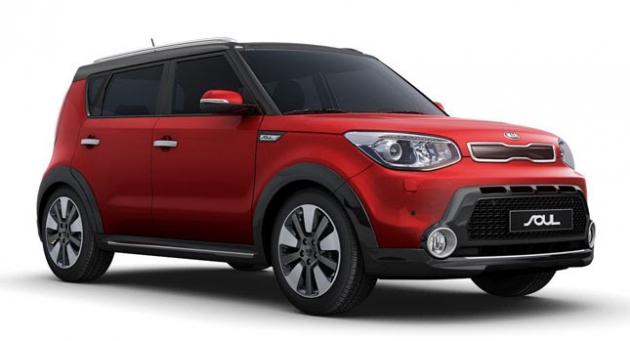 Kia's new concept model is looking to compete against the Nissan Juke at the Frankfurt Motor Show coming next month. Does it remind you a tad bit of the Mini Cooper

The 2014 Soul has already been revealed, but it keeps the original body and its styling gets inspired by the 2012 Kia Track'ster concept. Kia will be releasing information on the available diesel and gasoline engine and transmission lineups soon enough.

Kia added that the Optima's 1.7-liter diesel engine has been upgraded with a new battery management system for the start-stop unit and as a result, CO2 emissions are down to 128g/km.
﻿
Quick Fist Clamps - The Ideal Vehicle Organisation Solution