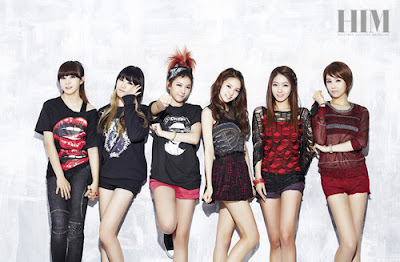 Like their song “Sea of Moonlight”, six-membered rookie girl group FIESTAR, is indeed as gentle as moonlight. Two people holding their hands together tightly, the bewitching moonlight, sitting on the sandy beach, I would like to share with everyone a pure love. But when they reappeared again, working with experienced artist Tiger JK for “Wicked”, used their abilities to take a hold of everyone’s sight. This is really me controlling myself, this times “Dancing FIESTAR’s Party”, enjoy and ignite “Vista” stage that was full of energy. Irresistible, whether you really can tear your eyes away from the show of this group, FIESTAR’s mysterious identities are arising.
At a time where no one knew who they truly were, rather than the group’s actual name, the nickname of “IU’s sister group” was more familiar to people’s ears. Once they stepped onto the stage, with a strong presentation and packaging, not only were the members able to individually showcase themselves, but the charms of the members were revealed as well.
“Sea of Moonlight”, “Wicked”, and “Vista”, those three songs are present on their debut album, similar to a chameleon, each song gives off a different feeling. As an artist that just got took their first steps, yet did not ignore the experience of the stage, showing their abilities, they don’t seem like rookies at all. Truthfully, the new song “Vista” has shown the “future”, a road that will lead you forward. Moreover, they have not even given a preview of the festival yet to come. 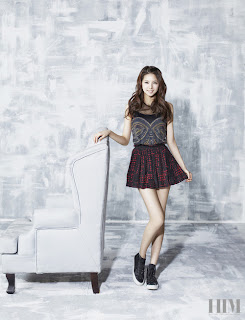 재이 Jei
1989 September 5
A beautiful smile, FIESTAR’s leader, Jei has met face to face with Infinite and participated in FIESTAR’s MVs as well. A baby-faced beauty and the owner of eloquence.
Q: As the leader, what do you think of FIESTAR as a group?
A definite energized, bonded closely together type of group. When the practice becomes too difficult, all of the members will start making jokes, all the way until we finally smile. If we do not do well, the music we make reflects that. Especially in “Vista”, the music in there had a lot of unique elements. Because we each have our own personalities, our music, therefore, will also have its own personality that is a FIESTAR feeling.

Q: As you frequently act in MVs, do you have any plans for acting in the future?
Absolutely! I would like to experience everything that’s available for me. The desire to be in front of the camera was very strong for me, as a singer. I really want to be able to express many different emotions in front of people? There are many different approaches, so I really want to challenge myself. Shooting MVs are really interesting. As a matter of fact, on the day we shot the MV, I think my wish came true. The music video also starred JYJ’s Junsu senior; I really liked the scenes he was in! 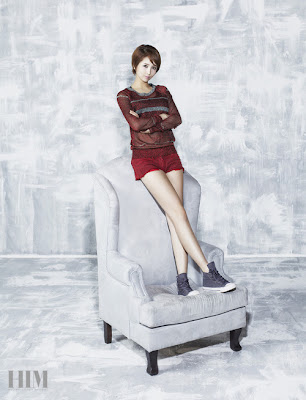 린지 Linzy
1989 October 22
For a long time, going through the life of a trainee, she accumulated skills. Even if it’s the weekend, if she did not practice her singing, she would feel uncomfortable. She practiced hard, and using her own efforts, found the dedication from within.
Q: You’ve performed in concerts before, how did you feel?
I thought that it would just be a stage! It’s wonderful to even think about it, and to some degree, it was very welcoming, but we didn’t expect it to be that great. But no matter what, the members who all have long hair seem to be more popular, we were all debating about it. The album this time (T/N: She’s referring to the ‘Vista’ album), while preparing for the role of the lead singer, my image went along with it, but I’m still a little bit sad about that day when I cut my hair.

Q: FIESTAR’s dances have a lot of energy, how does choreographing go?
Every member is really strong. Our tastes are different, we’re always practicing with the time or different backgrounds. Once you add in the music that we like, the dances that we like are also different from the rest. When these 6 different people come together to perform a group dance,  in order to be compatible, it’s a bit difficult. But while going with learning the dances, we’ve also learned to go with what the group as a whole wants or needs.

The songs compiled on our album each have their individual personalities and is also because of the unique characteristics of us, as individuals, and of us as a group. I will become more beautiful on our return! 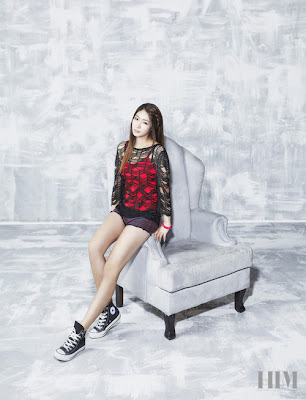 혜미 Hyemi
1990 August 10
After being a trainee for six years, Hyemi has earned the nickname of “Loen’s fossil”. Without giving up, she protected her spot, and so, she shines more brightly on stage.
Q: On the stage, as long as there is a long wait, is there an even greater desire?
There are many people who dream of becoming singers. Anyone has the desire of standing on stage, but the training period is really long, so I have always waited for a long time. In reality, my family and my friends have waited for the day when I would debut. This year’s Chuseok (T/N: Korean Thanksgiving), when I went back home, all my family and friends really were… Keep on practicing, celebrating together happily when seeing our new song.

Q: Do you have any friends that debuted earlier than you?
The people that I’ve spent my trainee years together with: IU and MBLAQ’s Thunder. I’m also friendly with After School’s Raina and SPICA as well. IU, Thunder, Raina, and I are the four combination. Up until today, it has always been my friends who were getting ready for their stages, observing my friends, but this time I have finally debuted as well. Coincidentally our promotion periods were similar, so there are a lot of mixed feelings. Now, we’re preparing to stand on the stage together, and we see each other in the  waiting rooms 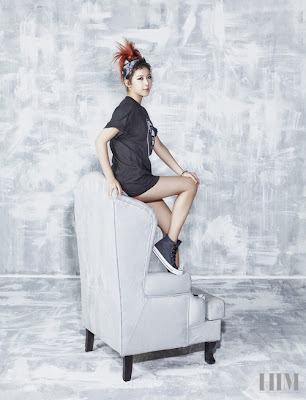 체스카 Cheska
1992 March 11
Born and raised in the United States, Cheska set foot in Korea to pursue her dreams of becoming a singer. Although everything was unfamiliar to her, in order to fulfill her dreams, the young girl never gave up, even dreaming of a love here.

Q: Do you admit to having a 4-D personality?
I admit! (Laughs) I do have those times. For example, when my friends are walking on the streets, I would want to eat ice cream. Should I eat the guy’s? What about the girls? What if we’re a couple? Should I eat my favorite flavor? Or should I try for something new? This kind of curiosity just comes like the wind. (You have to admit that she has a 4-D personality here. “Really like Cheska’s sigh~” kids who share the same feelings as Cheska will be able to relate)

Q: Did you dream of being a singer as a kid?
Yes, I’ve always dreamed of being a singer, and it was a very strong desire as well. Through my parents’ approval, I uploaded a video onto Youtube. An agent (T/N: She’s not talking about LOEN) saw it and contacted me. But Korean, I thought it was pretty ok, but I didn’t know how to speak formally, my Korean was pretty poor, so there were many misunderstandings. At that time it was very difficult emotionally to go back to America, but in the end I went back to Korea, and I entered LOEN. I learned for the first time how to care and love others, and I loved to practice. Knowing how to love gave me a cause. 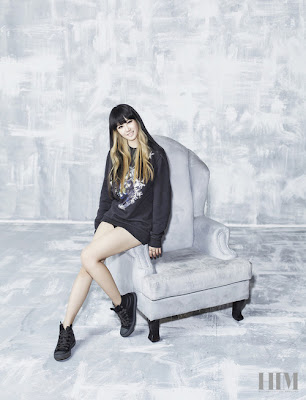 예지 Yezi
1994 August 26
A fifteen year old dancer that had no fear of dancing on stage. The new dance was to become the future dream of the young girl. A powerful rap, her story will shock everyone.
Q: As a young dancer, do you believe that you will be able to stand brightly on the stage?
I grew up watching dancing. Learning from Clon, having the chance to watch Hong Jinmin senior’s concert. Our home’s Gangneung concerts were primarily in Seoul, when there was no school, every weekend I would always travel to Seoul and cheer. It took 4 hours to get to Seoul when travelling by car. In my second year of middle school, the other backup dancer eonnis and the solo dancers all had their chances. Back then, my parents originally were against it, but after seeing how I advanced in Seoul, they gave consent for me to stay in Seoul.

Q: What’s the reason for your dream of dancing?
The reason that dancer-singers exist, is because of the people who watch them. But the experience of standing on stage, every time the happy faces of the seniors and the cheers they received, seeing that backstage, I had the thinking that even “a small, quiet applause” would be good enough. Afterwards, I passed the the auditions, and started my trainee life. When we debuted, I already had experience dancing on stage, so I was quite calm. From pre-debut, to the makeup, I was calm. But once rehearsals started and I could hear the support, I finally experienced how it was to be a singer. That moment, my dream came true.

Eric Nam is finally making his comeback to the music scene after 3 years. 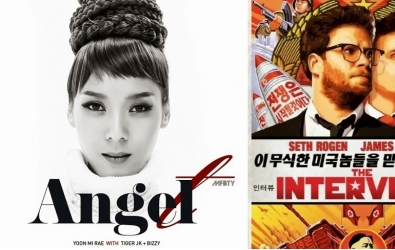 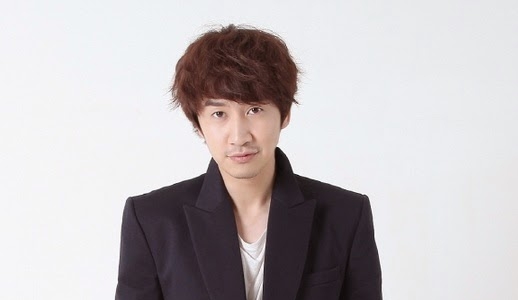 1theK's 'Comeback Special Interview' uploaded a video of their interview with singer JunggiGo.

On the interview, JunggiGo was asked various questions but with a little twist. The staff called it 'pop vocab quiz,' in which he had to say a word that would best describe/ answer the questions.  Read more
Daily K Pop News | Latest K-Pop News  Comeback Special Interview MV May 11, 2014 12:00
Block B is featured on CSI for their comeback song 'Jackpot' 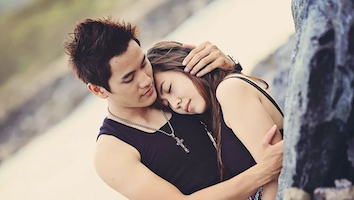 The Ethics of Escorting
relationship Feb 27, 2021 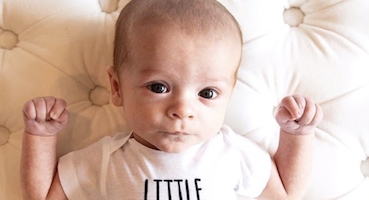