How To Know If You Should Be Watching "Supergirl"

How To Know If You Should Be Watching "Supergirl" Oct 27, 2015
LIFESTYLE  supergirl

Taylor Swift Might Have Revealed That "Bad Blood" is Not About Katy Perry Oct 20, 2015
LIFESTYLE  taylor swift

Guess Which Celebrity is All-Natural and Which Had Cosmetic Enhancements [QUIZ] Sep 25, 2015
LIFESTYLE  celebrity

Which Mission Impossible is This Screencap From?

Which Mission Impossible is This Screencap From? Sep 16, 2015
LIFESTYLE  mission: impossible

Can You Guess Who Wore These Jeans?

Guess The Actual Name on This Starbucks Cup [QUIZ]

Is This a Braised Egg? Or a Really Shiny Butt? It's Hard!!

Can You Guess The Katy Perry Music Video From a Single Screencap? [QUIZ]

What is The Age Gap Between These Actors and Their On-Screen Characters?

What is The Age Gap Between These Actors and Their On-Screen Characters? Aug 12, 2015
LIFESTYLE  age gap

Can You Guess Who These Celebrities Are From Their Yearbook Photo?

Can You Guess Who These Celebrities Are From Their Yearbook Photo? Aug 12, 2015
LIFESTYLE  celebrities

Can You Guess Who These Celebrities Are Without Their Makeup On? [QUIZ]

Can You Guess Who These Celebrities Are Without Their Makeup On? [QUIZ] Aug 12, 2015
LIFESTYLE  makeup

This is Your Face When Someone Pronounces Your Name Wrongly

This is Your Face When Someone Pronounces Your Name Wrongly Jul 21, 2015
LIFESTYLE  names
﻿

Nicolas Cage almost played Superman, and this piece of news is pretty old, going all the way back to the 1990s where it was supposed to be directed by Tim Burton. The title: Superman Lives. The sad part, which we all know, is that Nicolas never made it to the silver screen as the man of steel.


In a new documentary called The Death of Superman Lives: What Happened?, Kevin Smith, who was supposed to write the script said this:

“Now, when you think about it, if somebody was just like, ‘Would you like to see a Nic Cage Superman movie?’ I’d be like ‘Fuck’ and ‘Yes, take all my money, ’cause I want to see what that looks like.'”


Too bad it never happened. We sometimes make fun of men carrying a woman's handbag for them. But we shouldn't be doing that. It's a very manly thing to do, helping someone out that is! Liam Hemsworth proved that he didn't have that problem. He wore a panda suit, and carried Jennifer Lawrence's purse while walking along The Great Wall of China.  Read more
LIFESTYLE  liam hemsworth  Nov 18, 2015 13:21
How To Know If You Should Be Watching "Supergirl" 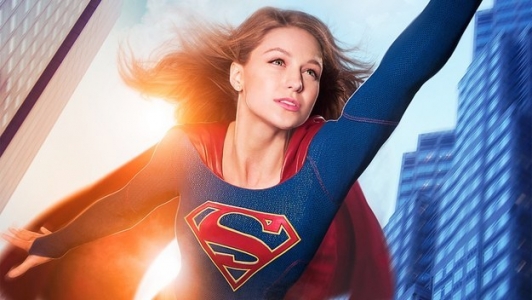 Supergirl makes its premiere, and it stars Melissa Benoist as Kara Dancers, Superman's cousin. And finally, a female superhero that is both attractive, dorky, adorable, and powerful, all at the same time. Should you be watching this show?  Read more
LIFESTYLE  supergirl Oct 27, 2015 12:42
Taylor Swift Might Have Revealed That "Bad Blood" is Not About Katy Perry

Or is it? Over the last few years, Taylor Swift and Katy Perry have been involved in an ever-lasting feud. Neither of them, publicly mentioning names. Just jabs here and there. At least, that's what we thought.  Read more
LIFESTYLE  taylor swift  Oct 20, 2015 13:32
More Stories >