"Dress for success". We've heard this one all too many times. And there's actually science involved as well. Though implementing the idea is easier said than done. So to help all who are clueless in wearing the right clothes, and colors, here are some facts we know.

Aside from cut, style and the fit, which is important, color is also an equally important factor and has a serious psychological impact on the person looking at you. Color theory isn't an exact science, but they have cognitive effects that can be applied to clothing. And its not just other people looking at you, color can have an affect on how you perceive yourself as well.

Red: One study suggests it might actually scare people a little. In another study, red is thought to evoke worry, distraction, and self-preoccupation. A typical CEO from last year's survey was likely to prefer magenta over other colors.

Darker Tones: Darker colors like black, navy, gray or brown supposedly give off an authoritative message.
Which explains the power suit, and why bosses tend to wear dark colors all the time.

Lighter Tones appear less intimidating. It'll give off the perception of being friendlier, more approachable.

Its not just clothes that are affected, color of your eyeglasses can change the way people view you. In a study from National Cheng Kung University, it was found that the color of frames had different connotations. Black frames give the impression of stability.

Now that you've got the color science out of the way, its time to look at style. One study published in the Journal of Applied Psychology,  found that our perception of ourselves changes enough that our language does too:

Results show that participants who were dressed formally used more formal adjectives than casual ones to describe themselves. The opposite was true in participants wearing casual clothes. In addition, formally dressed participants responded faster to formal than to casual adjectives, while this difference was reversed in casually dressed participants.
The Harvard Business Review notes that 37 percent of men believe that if you don't look the part of your leader, you're not going to get a leadership role yourself. Hence the term, dress like a boss.

So start changing your wardrobe. Its not that hard. Dressing boosts confidence for sure. Image consultant Crystal Gardner offers these suggestions:

Subtle changes are the easiest and safest to make when looking to change ones image. I suggest playing with colors and accessories. Colors can be brought into the wardrobe as layering pieces under blazers, sweaters, stockings, and scarfs. Right now color blocking is a great trend that takes adding color into consideration. Some of the current colors of the season include: neons, bold blues, purples, reds, greens, and orange. Accessories are another great way one can change their image. Costume jewelry can add elegance and sophistication, retro shaped eyewear can create a trendy upbeat look, belts can add different looks and accentuate the body in certain ways, shoes are also another great accessory to add some punch to a new look. I personally love the oxford flat which has been seen in many colors and patterns this year. It's a classic with a new twist. The best part about these little updates is they are very affordable, you aren't buying a complete new wardrobe.
And another image consultant Milena Joy of Milena Distinctive Image Consulting suggests a more upfront approach:

CEO's and great leaders aren't wallflowers, they stand out and they dress with confidence. Changing your look and people's reaction to you is all about consistency. If you consistently look put together, polished and sophisticated, than there won't be much to talk about for long. You may have to suffer through one day of reactions from co-workers, but soon your new look will become the norm. If you try to ease into the new look, then each piece, each change will be a new opportunity for someone to make an obvious comment, therefore putting you in an awkward self-conscious position. We advise that you jump into your new look with both feet (in your tailored pants of course) and make the decision to dress for a more successful you and never look back. 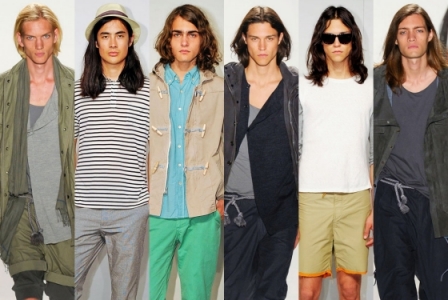 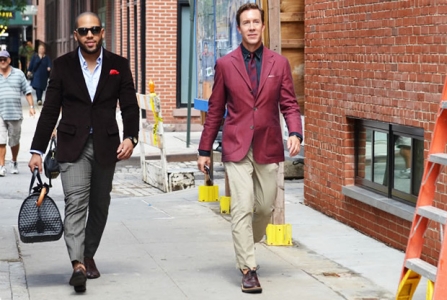