The Benefits and Problems Iran Faces After the Nuclear Deal

The nuclear deal between America and Iran is starting to be assessed by people on both sides. It has certainly not been a disaster, but it hasn’t yet caused an economic miracle in Iran either. So, what are the benefits and problems that the country is contending within the aftermath of the deal? Find out more about the Land of the Aryans with these Iran facts.

The End to Isolation Has Social and Economic Benefits

The sanctions have had two types of impact on Iranian society so far. The first is social, and this is an issue that hasn’t been given enough attention. With the country now able to expand its economy, more people will be able to stay in the country to work. In the past, some of the most talented Iranians were forced to travel abroad to find work. And there is also a feeling in Iran that they are becoming a normal country, rather than an isolated one. That’s something the public likes.

The economic benefits are clearly starting to bear fruit as well. It hasn’t lead to the country becoming incredibly rich, but imports are rising, as you would expect. The reintroduction to the oil market is one of the most important factors for Iran. Prices of things like food are expected to fall as the lifting of the sanctions takes effect. Opposition is Growing in Iran and America

There is opposition that is growing in both American and Iran. In Iran, this is coming from the conservative and hardline elements within the regime. They are encouraging the President to abandon the deal because they feel like progress is moving too slowly. Sanctions for launching missiles earlier in the year have strained relations a little too. In America, support for right-wing politicians like Donald Trump have brought more criticism of the deal back into the open. But there have always been people like Mark Dubowitz, who have been openly critical of it.

There are still many different forms of sanctions that are making things difficult. The end of the sanctions was certainly historic, but this only related to the nuclear sanctions. There are other sanctions that relate to human rights, ballistic missiles and support for terrorism. This issue has aggravated some people who wanted to see a complete normalization of relations between the two countries. That’s not something that looks set to happen anytime soon, especially as Obama doesn’t have long left in office. Banks Are Still Hesitant to Deal with Iran

European banks have been slower than expected to start doing business with Iran. There has been some movement, but there is still a fear of the unknown that remains an issue. Companies are doing deals in Iran, but the banks are moving more slowly. Part of the fear is in relation to the complex rules and sanctions that are in place. The European banks are scared of doing something that will be deemed as breaking sanctions by the American authorities. This is something that could still change in the months and years ahead though. So, what are the benefits and problems that the country is contending within the aftermath of the deal? Find out more about the Land of the Aryans with these Iran facts.
Facebook Twitter Google+
﻿
Which are the perfect online gifts for European countries? 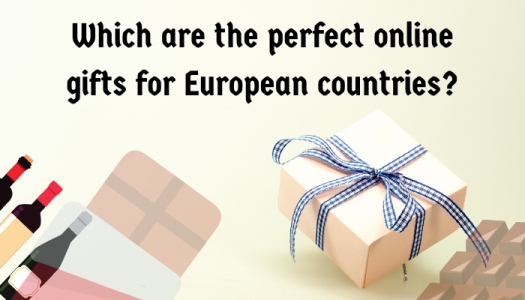