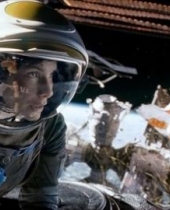 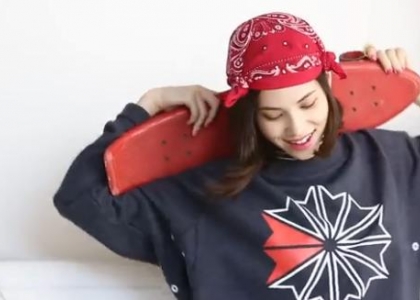 This video lookbook features none other than current "It Girl" Japanese model Kiko Mizuhara donnng several pieces from Reebok’s Spring/Summer 2014 collection. Stay tuned for more details on its release in the near future.
Read More >> 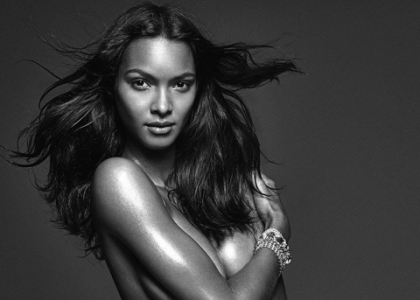 Models like Jourdan Dunn, Rosie Huntington-Whiteley, and Candice Swanepoel go all out to strike their best post for Testino in this new editorial for the American fashion magazine, which is set to debut in the March 2014 issue. More stills below.
Read More >>
View the Gallery  / 20 Photos >> Paris Fashion Week is on and here's just a short gallery of some of the models hawking all that designer stuff on the runway. Hit up the gallery for more. 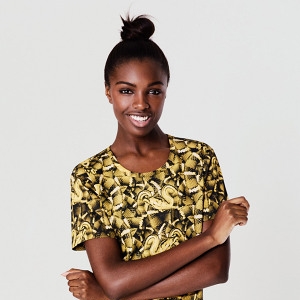 Burberry is back at London Fashion Week for its Fall 2014 presentation today.

The British luxury label invites you to join them in their live streaming of Burberry Prorsum Autumn/Winter Womenswear show from London, happening 17 February at 10pm Malaysia time.
Read More >> 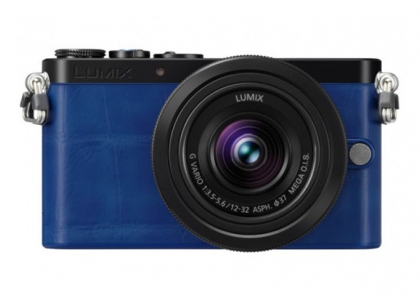 Parisian boutique colette has collaborated with Panasonic to offer its take on the Lumix GM1 camera. The partnership sees the micro four thirds shooter decked out with a luxe blue alligator-embossed leather wrap around the body.
Read More >> 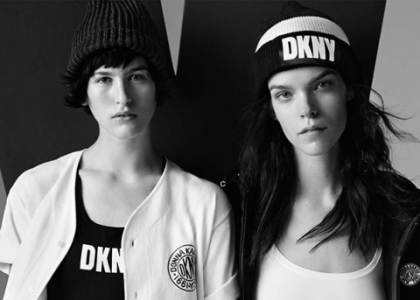 Here's a look at the third capsule collection from the likes of DKNY and Opening Ceremony. The range includes everything from graphical tanks and T-shirts to hoodies and leggings. They will also be introducing a range of unisex accessories, including two pairs of platform sneakers, leather backpacks and headwear. Available over at the OC webstore, prices range from $50 to $235 USD.
Read More >> 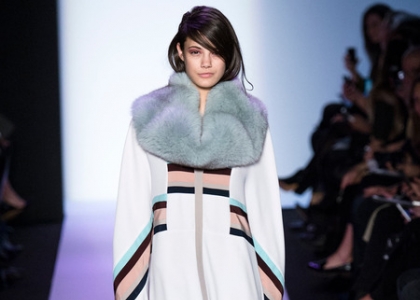 It was BCBG Maz Azria's 25th anniversary show, but it wasn't retrospective, although designers Max and Lubov Azria did use the occasion to revisit many of the signatures they developed over the years.
Read More >>
View the Gallery  / 33 Photos >> 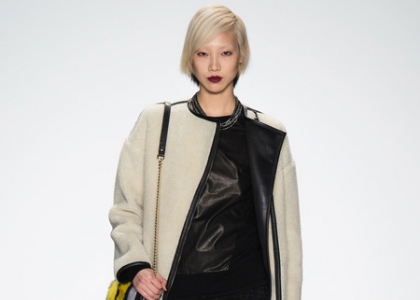 Rebecca Minkoff kept things simple in comparison to her last season's complicated concept. This time around she works around a quintessential girl-meets-boy theme.

"It's about taking menswear-inspired silhouettes and translating them into feminine colors and silhouettes," Minkoff said backstage.
Read More >>
View the Gallery  / 58 Photos >> 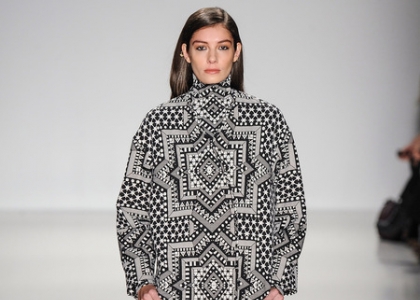 Mara Hoffman said before presenting her Fall collection that "it's the most black I've ever sent down the runway."

Her statement was surprising, seeing as the designer is loved for her vibrant, original prints. But Hoffman reassures with the gem: "The sky needs a black backdrop for the stars to shine."
Read More >>
View the Gallery  / 34 Photos >> 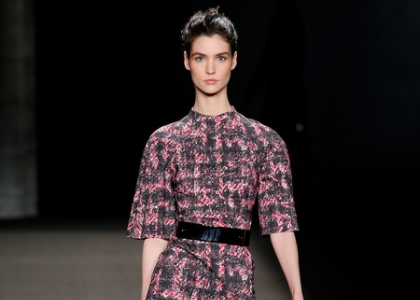 For her Fall 2014 collection, Monique Lhuillier gave her designs a darker edge, describing it as "A bold, dramatic twist."

To achieve that, she incorporated the skull - however, Lhuillier's skulls are so subtle, one would have to be told they were there to spot them. Upon closer look, they can be seen in the embroidery of a gold lace bolero, as well as a lace-and-tulle mini. The skull design was more obvious on a digitally printed neoprene dress. The rendering wasn't great, but the silhouette was.
Read More >>
View the Gallery  / 86 Photos >> 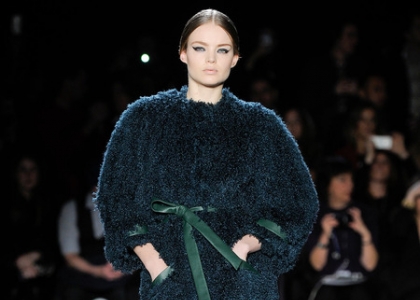 Christian Siriano's fall 2014 collection was an homage to the mid-century model. The silhouettes were culture-inspired and looked as if they were plucked out of Irving Penn's photos.

Siriano didn't reach far beyond his initial reference, but it was hard not to like the clothes. The result: he executed it better than in past seasons. "I still want her to looked dressed," he said of the oversize eyelet tops and tea-length skirts.
Read More >>
View the Gallery  / 42 Photos >> 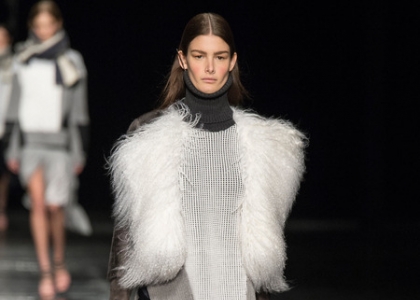 Prabal Gurung bids the 1950s goodbye by producing a more contemplative collection. His models were decked in scarves and pashmina wraps high around their necks, and ankle straps on their heels that jingled softly with tiny bells.
Read More >>
View the Gallery  / 78 Photos >> 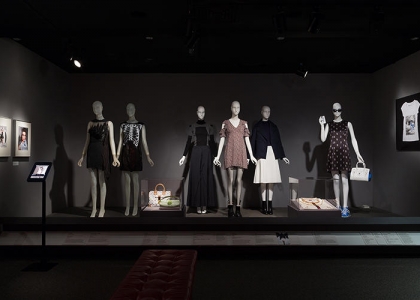 Trend-ology, an exhibit at the Museum of FIT, goes through a decade-by-decade chronology, featuring 100 glorious ensembles from brands like Christian Dior, Oscar de la Renta, Chanel, Rodarte, and Christian Lacroix, along with other highlights of the biggest fashion trends throughout the years.
Read More >>
View the Gallery  / 12 Photos >> 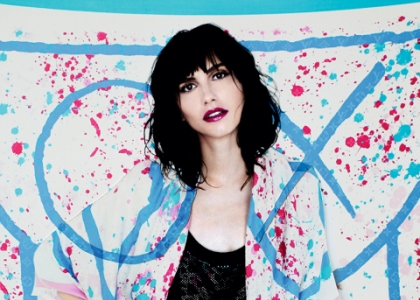 Louis Vuitton is set to launch its third  collection of artist scarves for 2014 spring/summer. The collection looks to the house's affinity for street up with Chilean artist INTI's work and Brooklyn based pop artist Kenny Scharf.
Read More >>
View the Gallery  / 5 Photos >> 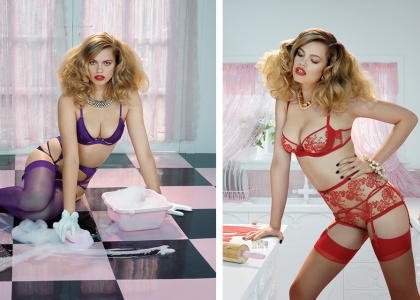 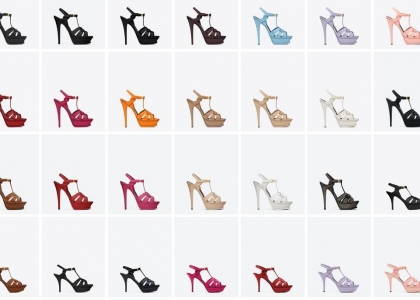 We’ve got our eye on Saint Laurent's Classic Tribute Sandal this month. Its design is timeless and it’s a fashion lover’s closet must-have. The Tribute Sandal is popular, and celebrities love it so much that the shoe even earned the title of being a ubiquitous “go-to red carpet shoe”
Read More >> 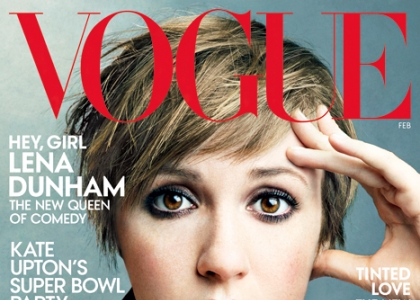 Dunham was lensed by Annie Leibovitz, and in the magazine she discusses her ongoing attempts at depicting realistic sexual experiences on screen, which includes plenty of nudity. She also explained how much she knows about fashion, and how different her body is from the stereotypical fashion fare:
Read More >>
View the Gallery  / 12 Photos >>
1 2 3 4 5 6 7 8 9 10
Copyright © Fooyoh.com. All rights reserved.    User Agreement  |   Privacy Policy  |   Contact us   |   Advertising   |   About us   |   Careers
﻿