Design Tips for Beds in a Small Room

Some Of The Reasons You Should Renovate An Old Property

Some Of The Reasons You Should Renovate An Old Property Jan 22, 2020
INTERIOR DESIGN  renovate

Is It Possible to Turn a Profit Flipping Houses?

5 excellent home improvements most people never get around to

5 excellent home improvements most people never get around to Jan 18, 2020
INTERIOR DESIGN  interior

Can a Home Warranty Help You Sell Your Home Faster?

3 Key Areas to Focus on while Planning Out an Office Fit-Out Jan 09, 2020
INTERIOR DESIGN  office fit-out

Tips for Cleaning the Furniture

What Are The 4 Types of Mortgage Loan Processing? Which One Is Better

What Are The 4 Types of Mortgage Loan Processing? Which One Is Better Dec 24, 2019
INTERIOR DESIGN  Mortgage Loan

Jazz Up Your Home with Geometric Rugs

Here’s How You Can Save Money on Your Bathroom Renovation

HOW TO CHOOSE THE FLOOR OF YOUR HOME?

Technical Equipment To Improve The Air Quality Inside The House

How to Deal with Decaying Timber

Get Superman Vision for All Your DIY Work

If you are the type of person who enjoys DIY work, you know that sense of fulfillment you get from completing a project and making an upgrade to your home.  The types of jobs that I’ve done over the years range from typical kitchen work to complete remodeling, and even fixing up homes for habitat for humanity.

I heard about Walabot a few weeks and knew it was something I had to try out and see if it actually worked. For all the successful DIY projects I have done, I have also had a fair share of miss-steps, from busting a water pipe to the gut wrenching experience where I mounted a flat screen on the side of a stud rather than the center and it came crashing down. The prospect of being able to finally abandon exploratory drilling into walls and actually know what was behind the wall before starting a project was what I needed. Walabot connects to Android devices running 5.0 and above, so most smartphones released in the last 2 or 3 years should work fine with it.
Once you have that, you connect Walabot to your phone and it offers a variety of modes.
I started with map mode, which essentially lets you scan a large area and see the structural foundations of your wall.  Then I switched to images mode, which actually identifies what each object behind your wall is, I was able to know clearly if there was a metal or wooden studs, along with wires and pipes.  There is a final mode called raw which shows you movement, so if a mouse scurried by or other pests, it would spot it.

I have quite a few stud finders, but I find most of them unreliable, and if you have multiple things near each other like a wire that’s running near a stud it can’t differentiate them.
This was the first time I have seen a tool that actually shows you what’s there.  Sure, there are simple devices that can help you approximate where studs are in drywalling. But if you have concrete foundations, brick walls, or ceilings it’s an entirely different ballgame. I’ve often found myself wanting to know where the wires are running in power boxes, through the walls, or in the ceiling, and this actually lets you map out large sections of the wall. Putting Walabot to the Test

When you are cutting into foundations walls, or other structures you need to know what’s there. For one of our tests, we used Walabot to mount a cabinet in the kitchen.  My kitchen has been remodeled 2 times in the past so it was a guessing game of what would be in the wall.  I used Walabot to scan the general area and detected 2 pipes, then I located the studs, one of which had wire running very near it.  I used the raw mode to see if there were any abnormalities in the wall and also to get a closer look at the center of the stud.  Overall the installation went smoothly and although it did take a bit of time to get the hang of Walabot and calibrate it, but after going through the learning curve and also checking our their tutorial videos, I quickly built up the urge to start scanning all my walls and planning my next upgrade.
It is unlike anything else I have ever used. I consider myself to be medium to high skilled in DIY work, and I give you my assurance that I’ve not come across a product that works as well as this one. It’s attached to your smartphone and it performs space-age functions.

To Walabot or not to Walabot

Remember Superman has x-ray vision? Now, you can be your own Superman and see through the walls. We’re talking 4 inches of concrete or 10 cm of concrete. You’ll be able to spot things like electrical cables, and even rodents and pests that are living inside your wall. Forget stud finders. What you really want is to be able to see into the wall so that you don’t take a hammer and smash into your electrical lines and electrocute yourself.
I have good intuition with DIY work.  This tool allows me to ‘see’ what I’m doing. It saves time, and makes everything easier. You will always want to have accurate information before you start your exploratory research. Take it from somebody who likes to get things done right every time. You can’t go wrong with the right skills and the right tools!

A cramped up and disorganized bedroom could very quickly become irritating and quite frankly, unlivable. Having a small room should not prohibit you from flaunting your style. While for some there may be an option to get a different home with a bigger bedroom for others that might not be a possibility. So how should you go about designing your bedroom now that you have brought in the beds on rent along with other essentials that make a bedroom whole? Well follow the simple steps mentioned below and render your bedroom a new reality:  Read more
INTERIOR DESIGN  bed design Jan 23, 2020 12:54
Make Sure You Use Professional Appliances Of The Highest Standard 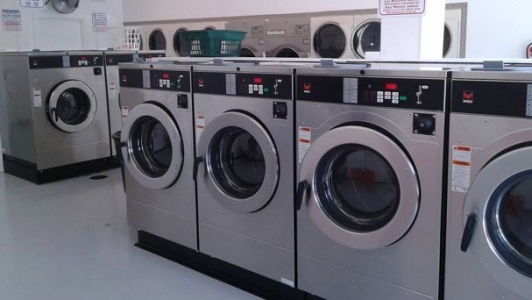 Given the advancements that have occurred over the last few decades in the manufacture of industrial and commercial appliances, you should be aware that these particular items can provide a high level of functionality, as well as greater durability. Indeed, if you are looking to use a variety of different appliances on a regular basis, you should be aware that choosing a commercial or professional model can provide you with a number of advantages. One of the most significant benefits that you can enjoy by choosing from a variety of professional appliances for your kitchen or laundry is that they will be manufactured to a high quality as well as provide greater durability and a highly efficient service.  Read more
APPLIANCES  laundry Jan 22, 2020 12:58
Some Of The Reasons You Should Renovate An Old Property 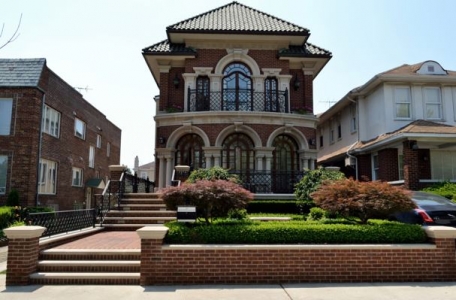 Undertaking the process of renovating an old property can often be a way of making money. Indeed, purchasing an old building and carrying out a renovation on the structure can often provide you with the opportunity to make a considerable amount of profit. However, you should also be aware that undertaking a renovation project on an old property can often be time-consuming, while it is also hard work. In addition, if you do not have the relevant expertise or tools to carry out a renovation by yourself, then you may have to hire a building company to undertake the process on your behalf. As a result, you should be aware of the pros and cons regarding the process of undertaking a renovation of a particular building in order to generate profit.  Read more
INTERIOR DESIGN  renovate Jan 22, 2020 12:58
More Stories >
﻿﻿