It’s not unusual these days to see the little appendage on the side of a suburban home, houses a glistening personal automobile, protecting it from the damaging and paint stripping rays of a hot sun, likewise the rust bringing rain. Especially in a city like the Australian city of Perth where the sun’s rays are bearing down on a fairly severe and regular basis, the carport is an important addition to many homes.

A carport consists of a roof and supporting beams, sometimes incorporating a wall or two and usually attached to the side of a house. They are useful places for storing not just cars but old couches or gold clubs or any number of other various miscellaneous items that are of little use or no longer hold the interest of their owners. Patio Living Builds carports in Perth, and if you are considering arranging to get one added to your house then maybe you would be interested in hearing a little bit about the history of the humble carport.

The word ‘carport’ originates from the French term ‘porte-cochere’, which means ‘covered portal’. The carport was invented by the well-known and influential architect Frank Lloyd Wright in the 1930’s when he started using them in the ‘usonian’ homes. The word usonian was itself coined by the architect to describe his vision for the future of urban dwellings in America. Wright suggested the use of the adjective usonian in place of ‘American’ in order to describe the particular character of his new world vision and to free the architectural idea from previous historical constraints.

These usonian homes were often small single story dwellings on unusual and inexpensive blacks. The homes were designed for middle-income families and were often in an L-shape to adjoin a garden terrace. The carport was a major innovation with the design of these homes and it was created in part to address a problem of storage. The carport proved to be n expensive solution to this problem, with the space also being used to house the family car to protect it from the elements.

It is easy to take things for granted these days but it is worth noting that Wright’s design was a bit of quite intuitive reasoning for the time. Remember that cars had only just recently been available for consumers and nobody was aware of just how transformative the new technology was going to be in shaping the future of our society. At the time Wright noted “a car is not a horse, it does not need a barn, cars are built well enough now that they do not need elaborate shelter”.

The car proved to fundamentally change the way society functioned in the period in-between the world wars people were faced with a new kind of mobility and as such the very face of cities and towns began to change. It was no longer necessary for people to load up on supplies for long periods and towns did not need to revolve around a central location. People could now travel the distance to get their supplies quite easily, it harbored in a new period were convenience was considered an important part of life. The carport is the perfect reflection of this, where a garage was rid of it’s more superfluous components, namely the walls, to be made cheaper and more efficient.

Since it’s initial inception the carport has become a permanent feature in the suburban landscape, especially in a country like Australia where a household will typically have more than one car and requires that extra space to store them but don’t have the want or need for a full garage.
Facebook Twitter Google+
﻿
Tips on exactly how to choose your internal door manages

When will you discover on your own seeking selecting inner door handles? Well, you can be a self-builder developing a home from square one and also wanting to resource the doors as well as their deals with; you may be programmer that is managing numerous jobs as well as requires a fundamental top-notch appearance throughout every one of your industrial or domestic growths; or you can be a house renovator that presently has the doors, but that is trying to find the excellent manages to fit with your redevelopment as well as layout.  Read more
INTERIOR DESIGN  doors Jul 03, 2020 11:45
Tips to Spruce Up Your Kitchen This Summer 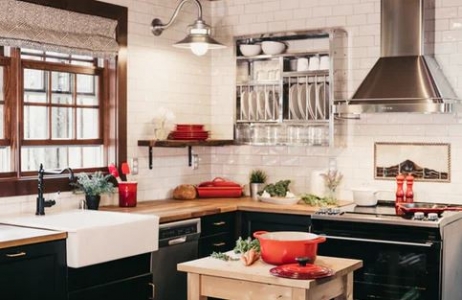 The kitchen in most homes tends to be the most important room in the house. This multipurpose space is where the most amount of ‘traffic’ is in any home.  For many, it is a place where families can come together to cook, eat, catch up with each other and is even used for the likes of arts and crafts and homework etc.  And, if you have ever been to any house party, you’ll know that this is the one room in the home, that your party guests tend to congregate, probably because this is where their drinks can easily be topped up!  Read more
KITCHEN  radiators Jul 01, 2020 11:54
Three Essential Living Room Furniture You Should Buy.

Of all the places in your home, you need to pay more attention to the living room. This is the place you can relax and have a talk with your family. The living room is also a place where you receive guests and catch up with friends. For this reason, you need to glam them with all kinds of modern and beautiful furniture. Whether it’s that amazing coffee table you’ve admired all your life or those beautiful leather couches, they should make a statement.  Read more
INTERIOR DESIGN  Living Room Furniture Jun 27, 2020 15:05
More Stories >
﻿﻿