Why Would a Radiator be Hot at the Top and Cold at the Bottom Jun 19, 2020
APPLIANCES  radiator

Preparing for Winter: 5 Steps You Need to Take to Prep Your Home

Preparing for Winter: 5 Steps You Need to Take to Prep Your Home Oct 09, 2019
APPLIANCES  winter

How to Choose a New Toilet Seat

How to Save Energy in Your Home

Can you fix it? Yes you can! What to do if your radiator’s noisy

The likelihood is you love your radiators – especially at this time of year. Who doesn’t? They’re the things that keep us warm – and thus going – during these cold, dark, winter months. So when one of them starts to develop a noisy quirk (a whistle, a tick or even a bang), it’s concerning. There may not be that much wrong, though; meaning that if something needs fixing you’ll be able to do it yourself… 1. Ticking – not a concern at all; if your radiator’s making a ticking noise it merely means it’s warming up or cooling down and operating normally; if the noise is emanating from under the floorboards then it’s most likely the pipework expanding or rubbing on the floor, which is also perfectly normal.

2. Whistling– this happens when the water flow rate through the radiator is higher than it should be; merely openthe valve or, on an old radiator, turn its taps anticlockwise.

3. Tapping – the likely cause here is that a thermostatic valve’s been wrongly fitted or, should the radiator have been recently installed or moved, the valve may not have been swapped over correctly. Call in a professional to fix the issue; it shouldn’t be a big deal.

Still fixable – but requires some effort

Alternatively, should you hear a distinct knocking noise coming from your radiator it’s not a major cause for concern (so not necessarily a reason to seriously invest and buy radiators, unless you fancy something new for the room, such as stylish vertical radiators). Generally then, it should be fixable, but it could be a bit of a palaver. The two most common causes are trapped air in the device or built-up limescale inside.

1. Letting out the air – to do this, you need to ‘bleed’ the radiator, which requires going through a step-by-step process. First, locate the highest bleeder valve (a hex-like nut out of which protrudes a little spout); you may need a specific tool to unscrew its head, which you’ll have to buy.

When you’re ready to start, turn on the radiator for around an hour in order to build up pressure in the device; after this, turn off the boiler. Then, having positioned a bucket underneath it, unscrew the bleed valve – be warned, the radiator and its water’ll still be hot and the latter (as well as hot air) will sputter out.When you can no longer hear any ‘knocking’ and the water’s smoothly flowing, it’s time to close the valve and turn the radiator back on.

2. Power flushing –if bleeding hasn’t worked, power flushing might instead; although you should call on a professional for the job.This is because it involves releasing and moving any limescale and detritus that’s built up inside via flushing fresh water and specific chemicals through the radiator. Once loosened, it’s all flushed out with more fresh water.

A knocking noise emanating from your radiator may also be caused by a faulty pump, a feed tank that hasn’t been filled properly or an incorrect flow tank. To be fair, as a layman (or laywoman), there’s every chance you may not be able to identify the definite cause for the ‘knocking’. In which case, it’s better to be safe than sorry and to call on the services of a trained professional to inspect and fix the issue. 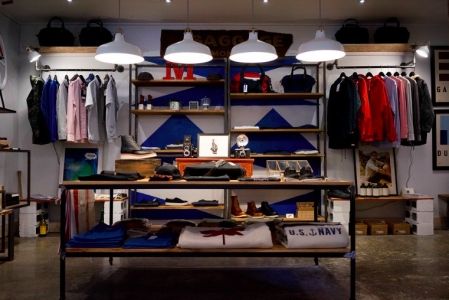 When it comes to interior design, trends can come and go. It can often be hard to keep up with these trends and many people find themselves redecorating their homes and commercial spaces multiple times over the years. Of course, there are some easy ways to stay on top of these trends including interior design blogs and social media.  Read more
INTERIOR DESIGN  Interior Design Jul 08, 2020 15:57
From Worn Wood to Faded Fabric: How to Keep Outdoor Furniture Looking New 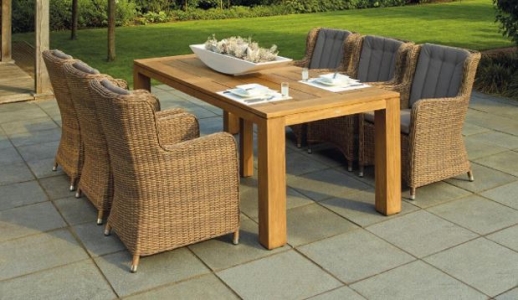 The weather is starting to warm up, and around the country people are getting out of their homes to hang out on their back patios and decks.  Read more
INTERIOR DESIGN  wood Jul 07, 2020 22:44
Easy Tips for Organic Gardening

Organic gardening is quickly becoming a growing trend all over the world. It’s the best way to eat more healthily while also protecting the environment. Starting an organic garden from scratch can be just as easy as transforming your current garden into an organic one. It might seem complicated at first, but there are simple things you can do to get started.  Read more
LAWN & GARDEN  Gardening Jul 07, 2020 15:41
More Stories >
﻿﻿