Bionic Eyes Are Going To Clinical Trials In 2013 (Video)

Maglev Cannons Will Shoot Us Into Space In The Future

Maglev Cannons Will Shoot Us Into Space In The Future Mar 15, 2012
TECH NEWS  Space

Intel Wants to Be Your Next Online TV Subscription Provider

Intel Wants to Be Your Next Online TV Subscription Provider Mar 14, 2012
LIFESTYLE  intel

NEC's New Batteries Are So Thin, Its Credit Card Thin!

Cheaterville: A Website Where The Broken Hearted Can Seek Revenge

Cheaterville: A Website Where The Broken Hearted Can Seek Revenge Mar 14, 2012
LIFESTYLE  cheaterville

New Electric Car Battery May Have Double The Capacity And Half The Cost Mar 01, 2012
TECH NEWS  Electric Cars

BitTorrent Inventor Says His Goal Is to Kill Off Television

MySpace: One Million New Users in a Month

This Robot Will Eat Your Poop To Power Itself (video)

This Robot Will Eat Your Poop To Power Itself (video) Feb 13, 2012
TECH NEWS  astronauts
﻿

MySpace: One Million New Users in a Month Could Justin Timberlake be working his magic on bringing MySpace back? According to data released by the company on Monday, MySpace claims that it has now "an average of 40,000 new registrations daily". It says it has added more than a million new users since its relaunch - and its launching of its new MySpace music Player in December.

The site's got a library of 42 million songs and is the world's largest collection of free music.

“The numbers tell an amazing story of strong momentum and dramatic change for Myspace,” company CEO Tim Vanderhook said in a statement. “And the one million-plus new user accounts we’ve seen in the last 30 days validates our approach.”

A team of investors including Vanderhook and the pop star Timberlake bought MySpace in June for $35 million.

MySpace went through a rough time when Facebook became the social network of choice. It was so bad that in March of 2011, MySpace lost 10 million users in a single month, according to BBC.

Timberlake and his team strategized to reposition the site as a music service and breathed new life into it and in addition to a massive catalog of songs, MySpace touts its new music player for a range of both mainstream and unsigned artists, personalized radio streams, recommendation feature and Facebook integration.

“Myspace is building meaningful social entertainment experience around content, where consumers can share and discover the music they love,” Vanderhook said. “Consumers are getting excited about Myspace again — a testament to a great music product.”

Will it succeed? And what sort of competition will this be for players like Spotify? 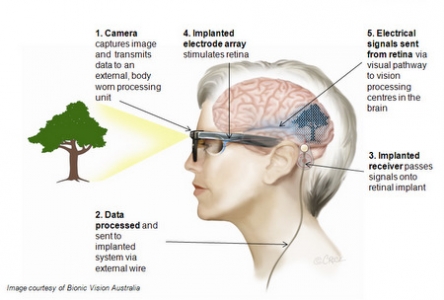 Google's Glasses gives us a future glimpse of what the bionic eye has in store for us. But the real tech to watch is this Australian cyber eye, which is set to begin clinical trials next year. Called The Bionic Eye, its the work of Bionic Vision Australia (BVA). It's a national consortium of researchers with a $42 million ARC grant, and its goal is to develop technology to counter retinal degenerative conditions and age related macular degeneration.  Read more
TECH NEWS  Cyborgs  Jul 09, 2012 17:54
The Best Ads Come With Free Cake Samples 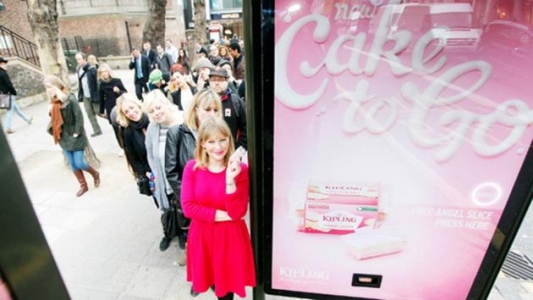 There are ads and then there are ads that dispense sweet goodies for hungry passersby, like this one for cake brand Mr Kipling which have been installed at bus stops in London recently.  Read more
LIFESTYLE  cake to go  Mar 16, 2012 12:26
Maglev Cannons Will Shoot Us Into Space In The Future 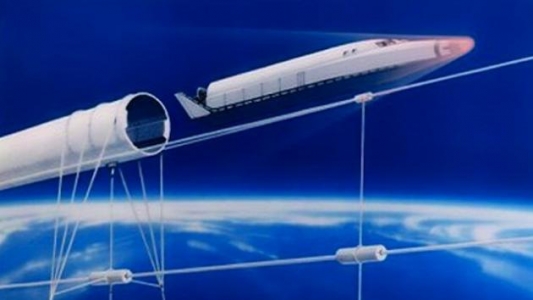