What are some of the best cryptocurrencies with huge potential

How Workforce Optimization Software Can Help Your Craft Brewery

5 Technologies to Invest in for Your New Business

5 Technologies to Invest in for Your New Business Mar 20, 2020
TECH NEWS  technologies

How To Setup Alexa Apps For Echo

REASONS TO ADOPT CYBER SECURITY FOR YOUR BUSINESS

Why Local Search is Important?

Bitcoin – a Digital business of the Benefits

How to Play Free Casino Games on Your Phone

The Right Kind of Flowmeter Flowmeters are devices that measure the flow of a running resource. You’ve probably seen one before. When you look at a network of pipes in your basement, or when you visited a factory, those dials attached to the pipes are examples of flowmeters. There’s usually a flowmeter in every building or one for each resource flowing into it: gas, water, steam, and oil are all measured with flowmeters.
Because flowmeters are used to measure the flow of different resources, different kinds of flowmeters are also made so that they can accurately measure the resource flowing through it. The pressure, viscosity, density, and temperature all play a crucial part in designing and creating different types of flowmeters for different purposes.
Choosing the right kind of flowmeter for your intended purpose is essential if you want the reading to be accurate. The different resources that use flowmeters are:
1. Gas
Gas is one of the three most common metered resources anywhere on the planet. When a house or an establishment has pipes installed from the gas company the installation comes with a flowmeter so that you can accurately measure how much you consume in a period. In the UK, the government even provides regulations for flowmeters as well as a guide on their government website on how to read the gas meter and calculate the billing.
The accuracy, the calculation of flow rates, the pressure, viscosity, density and temperature of the gas should be considered every time you pick a flowmeter should it be necessary to replace an old one. You may also ask the gas company to help you install a new one.
2. Water
Water is another resource that’s commonly metered. Similar to gas, water companies install the pipes as well as a meter when a building is erected. Since water is the most common liquid, most meters are made so that they easily measure water flow rates. Unlike with gas, there’s no need to consider viscosity and density of water when picking a flowmeter for it.
3. Steam
As with water, steam pressure and temperature must be considered when buying flowmeters. Most flowmeters that can read steam flow rates are made out of only metal parts. The reason for this is that if the temperature of the steam is too hot, some plastic parts may melt.
4. Oil and other liquids
When buying flowmeters for any other liquids, you need to remember what kind of liquid you’ll be using it with. Very corrosive fluids may need flowmeters with particular parts to prevent them from being corroded away by the chemicals.
Picking the right flowmeter depends on what’s going to be measured. You can also choose from a variety of displays used to measure the flow rate, though that too may be influenced by what kind of purpose you have for it. For example, buying a digital flowmeter when it will be installed outside might not be such a good idea.
Image: Pixabay.com
Facebook Twitter Google+
﻿
Eco-Friendly Smart Thermostat is really worth buying

The compellingsmart thermostat goes to assist you by doing certain things: Reduce your expenses. The reason is that in contrast to conventional thermostat, influentialsmart thermostat would beaccustomed with your behavior, arrivals and departures, and adaptto your home's heating and chilling in like manner. Through this way, you are not utilizing your pays and energy to possess your home at an agreeable room temperature when no none is in home.  Read more
TECH NEWS  Smart Thermostat Apr 01, 2020 12:34
One billion Unicorn Company: Lanistar

Digital banking has many benefits, which is why people are increasingly opting for this type of payment. Technology has advanced, and so have humans. Digital banking is based on financial transactions through computer networks and telecommunications media. Digital banking is increasingly popular in the world because access to the online banking provider's products and services is very fast and easy. In Europe, in the early 2020s, there was a dramatic increase in new Internet banking providers with different benefits for their users  Read more
TECH NEWS  Lanistar Mar 31, 2020 17:18
What are some of the best cryptocurrencies with huge potential 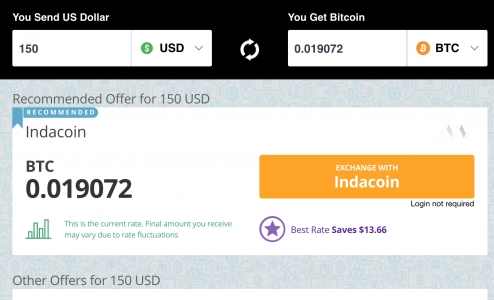 2019 was a great year for cryptocurrencies and 2020 is expected to be even bigger and important for the industry’s growth and regulation. Better regulation combined with positive political and economic events are expected to create ideal conditions for increase in crypto prices.  Read more
TECH NEWS  cryptocurrencies Mar 31, 2020 17:12
More Stories >