The Ultimate Workout For Skiers In Just 5 Minutes

Step Up Your Fitness Level By Taking The Stairs

Step Up Your Fitness Level By Taking The Stairs Mar 23, 2012
FITNESS TIPS  general

Stretching During Workouts: Does It Really Do Anything?

Stretching During Workouts: Does It Really Do Anything? Mar 23, 2012
FITNESS TIPS  general

Are You Running Yourself To An Early Grave?

Are You Running Yourself To An Early Grave? Mar 22, 2012
FITNESS TIPS  general

R.I.C.E: The Right Way Of Healing After A Sports Injury

The Ultimate Workout For Skiers In Just 5 Minutes Most people tend to take up a sport to get in shape, but they forget they should also be in shape in order to play their sport of choice. One example: Skiing. It’s all fun and games sliding off a powdery mountain, until you wake up the next morning so sore that you can’t even walk properly.  So if you’re planning on hitting the slopes soon, here are a few moves that you might want to add to your workout 3 to 4 times a week:
Three 1-Minute Spurts of Side-to-Side Jumps
People can get injured performing the side to side weight shifting mostly because they don’t prepare for the side-to-side motion. A lot of weight shifting means you’re using muscle groups in a way that your body isn’t used to.

Here's a way to train and get your muscles used to the movement. Use a low bench or a line of tape on the ground and jump from side to side over it with for minute long bursts, and repeat. Start with a single leg hop, switching feet, and vary it with double leg hops landing one foot after the other.

One Minute of Single Leg Exercises
We've all seen that novice skier who ends up falling, leaving a trail of their equipment scattered around the mountain. You can avoid the pain (and embarrassment) by practicing more on balance. To do so, take an exercise move that you’d normally do and try performing it on one leg instead of two. If you’ve never done it before, try using lower weights to start off since your base isn’t as stable. Another great exercise to strengthen your core is the kettlebell windmill.

One Minute of Catch on a Stability Ball
A strong core plays a big role in skiing as it helps in turning your body while sliding on the hill. If it's too weak, you’ll only end up relying too much on back, leg, or arm muscles to compensate. Strengthen your core by tossing a ball back and forth with a buddy while seated on a stability ball. Make sure your stomach muscles are tight and you are seated upright. For a higher-level challenge, try playing catch while standing on one leg or using an unstable platform such as a foam square or Bosu ball.
Facebook Twitter Google+
﻿
Step Up Your Fitness Level By Taking The Stairs 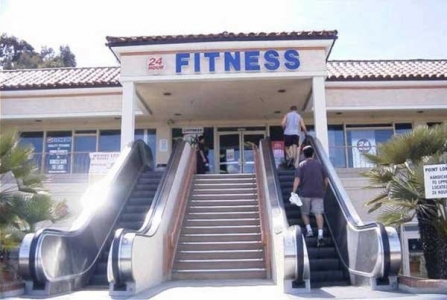 Stairs aren’t just for escaping burning buildings. It's actually a great way of slipping in some exercise in to your daily routine. Think of taking the stairs as a short workout spread through the workday. This type of short, high-intensity activity is just as effective at improving your aerobic fitness as doing cardio at a long, low-intensity.  Read more
FITNESS TIPS  general  Mar 23, 2012 18:35
Increase Your Speed In Just 3 Easy Steps 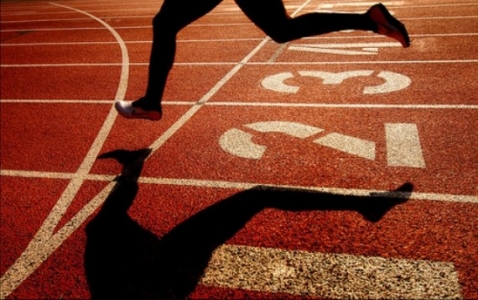 But just because you’re not built like Usain Bolt,  doesn’t mean you should throw in the towel on your high-intensity workouts. Here’s how to increase your speed and performance when sprinting.  Read more
FITNESS TIPS  general  Mar 23, 2012 18:35
More Stories >