Science Discovers There Are People Who Can "See" In Pitch Darkness

This might seem like something out of sci-fi movie, but some people can actually "see" their own hands waving in front of their faces while in total darkness. This was discovered back in 2005 by Duje Tadin and his mentor, a psychologist named Randolph Blake who studies vision perception at Vanderbilt University in Tennessee.

During one of their studies, the scientists needed to use a "perfect blindfold." They ended up purchasing a black blindfold made of plastic online. And that's when things got weird:
"My mentor put it on and he tested it by waving his hand in front of his face, and what he had was a sensation of a moving image," said Tadin, who's now a cognitive scientist with the University of Rochester in New York. "Then I put it on my head, did the same thing and had the same sensation."
The researchers then decided to conduct even more experiments to figure out if this phenomenon existed elsewhere.  After years of research, they theorize that this "sight-without-light" phenomenon suggests that our sensory systems really work together to create our perceptions. The visual system actually takes in input from your movements in order to "predict" what you're about to see. This ability could also help to improve hand-eye coordination.

It's still not clear why some of the participants could not "see" their hands in the dark. "There's clearly something different in the brains of these people," Tadin said. "You can speculate that maybe they have poorer hand-eye coordination."

Read more on this fascinating study over at the Psychological Science.
Facebook Twitter Google+
﻿
Does Insurance Cover Water Damage? 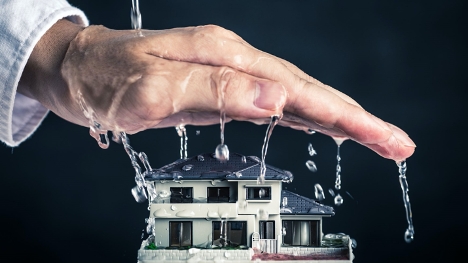