Benedict Cumberbatch will be playing Julian Assange in "The Fifth Estate", a movie about WikiLeaks and its rise to notoriety.

In a revealing letter Assange wrote to the actor, he says:

The movie is based on Daniel Domscheit-Berg's book "Inside WikiLeaks: My Time with Julian Assange and the World's Most Dangerous Website". Domscheit-Berg himself is the organization's former spokesperson. The movie was directed by Bill Condon. Josh Singer wrote the script.

"I believe that you should reconsider your involvement in this enterprise," Assange cautions Cumberbatch before ultimately turning him down. "By meeting with you, I would validate this wretched film, and endorse the talented, but debauched, performance that the script will force you to give."

Thank you for trying to contact me. It is the first approach by anyone from the Dreamworks production to me or WikiLeaks.

My assistants communicated your request to me, and I have given it a lot of thought and examined your previous work, which I am fond of.

I think I would enjoy meeting you.

The bond that develops between an actor and a living subject is significant.

If the film reaches distribution we will forever be correlated in the public imagination. Our paths will be forever entwined. Each of us will be granted standing to comment on the other for many years to come and others will compare our characters and trajectories.

But I must speak directly.

I hope that you will take such directness as a mark of respect, and not as an unkindness.

I believe you are a good person, but I do not believe that this film is a good film.

I do not believe it is going to be positive for me or the people I care about.

I believe that it is going to be overwhelmingly negative for me and the people I care about.

It is based on a deceitful book by someone who has a vendetta against me and my organisation.

In other circumstances this vendetta may have gone away, but our conflict with the United States government and the establishment press has created a patronage and commissioning market – powerful, if unpopular – for works and comments that are harmful to us.

There are dozens of positive books about WikiLeaks, but Dreamworks decided
to base its script only on the most toxic. So toxic is the first book selected by Dreamworks that it is distributed to US military bases as a mechanism to discourage military personnel from communicating with us. Its author is publicly known to be involved in the Dreamworks production in an ongoing capacity.

Dreamworks’ second rights purchase is the next most toxic, biased book. Published and written by people we have had a bitter contractual dispute with for years, whose hostility is well known. Neither of these two books were the first to be published and there are many independent authors who have written positive or neutral books, all of whom Dreamworks ignored.

Dreamworks has based its entire production on the two most discredited books on the market.

I know the film intends to depict me and my work in a negative light.

I believe it will distort events and subtract from public understanding.

It does not seek to simplify, clarify or distil the truth, but rather it seeks to bury it.

It will resurrect and amplify defamatory stories which were long ago shown
to be false.

My organisation and I are the targets of political adversary from the United States government and its closest allies.

The United States government has engaged almost every instrument of its justice and intelligence system to pursue—in its own words—a ‘whole of government’ investigation of ‘unprecedented scale and nature’ into WikiLeaks under draconian espionage laws. Our alleged sources are facing their entire lives in the US prison system. Two are already in it. Another one is detained in Sweden.

Feature films are the most powerful and insidious shapers of public perception, because they fly under the radar of conscious exclusion.

This film is going to bury good people doing good work, at exactly the time that the state is coming down on their heads.

It is going to smother the truthful version of events, at a time when the truth is most in demand.

As justification it will claim to be fiction, but it is not fiction. It is distorted truth about living people doing battle with titanic opponents. It is a work of political opportunism, influence, revenge and, above all, cowardice.

It seeks to ride on the back of our work, our reputation and our struggles.

It seeks to cut our strength with weakness. To cut affection with exploitation. To cut diligence with paranoia. To cut loyalty with naivety. To cut principle with hypocrisy. And above all, to cut the truth with lies.

The film’s many distortions buttress what the prosecution will argue. Has argued. Is arguing. In my case, and in that of others. These cases will continue for years.

The studio that is producing the film is not a vulnerable or weak party.

Dreamworks’ free speech rights are not in jeopardy – ours are.

Dreamworks is an extremely wealthy organisation, with ties to powerful interests in the US government.

I must therefore question the choices and motives behind it: the opportunism, fears and mundanity; the unwritten rules of film financing and distribution in the United States; the cringe against doing something useful and brave.

I believe that you are a decent person, who would not naturally wish to harm good people in dire situations.

You will be used, as a hired gun, to assume the appearance of the truth in order to assassinate it. To present me as someone morally compromised and to place me in a falsified history. To create a work, not of fiction, but of debased truth.

Not because you want to, of course you don’t, but because, in the end, you are a jobbing actor who gets paid to follow the script, no matter how debauched.

Your skills play into the hands of people who are out to remove me and WikiLeaks from the world.

I believe that you should reconsider your involvement in this enterprise.

Consider the consequences of your cooperation with a project that vilifies and marginalises a living political refugee to the benefit of an entrenched, corrupt and dangerous state.

Consider the consequences to people who may fall into harm because of this film.

Many will fight against history being blackwashed in this way. It is a collective history now, involving millions of people, because millions have opened their eyes as a result of our work and the attempts to destroy us.

I believe you are well intentioned but surely you can see why it is a bad idea for me to meet with you.

By meeting with you, I would validate this wretched film, and endorse the talented, but debauched, performance that the script will force you to give.

I cannot permit this film any claim to authenticity or truthfulness. In its current form it has neither, and doing so would only further aid the campaign against me.

It is contrary to my interests, and to those of my organisation, and I thank you for your offer, and what I am sure is your genuine intent, but I must, with inexpressible regret, turn it down. 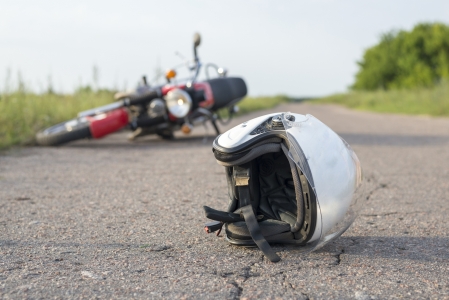