The Importance Of Resurfacing Your Tennis Court

For people who have tennis courts, you know that its surface doesn’t last forever. The entire point of having a tennis court if to enjoy it and use it! As a result, traffic on that court eventually wears the surface down. Yes, nets and fences need to be mended, even replaced if necessary, but a worn surface can be disruptive and even dangerous for tennis players.
If you’ve ever played tennis, then you know that you have to keep your eye on the ball, literally! Taking the time to glance at your feet or at your watch means that you can lose the game. If the surface of your court has worn down, then you can very well find yourself taking time away from your game to glance at the ground, just to make sure that you don’t trip. There’s also the problem of rough and worn surfaces affecting a player’s game simply by having an uneven court to play in.
So, the truth is that a bad surface in a tennis court means that no one will want to play on your court after a while. The big question then becomes: how often should you resurface a tennis court?
The exact amount of time changes with each company you ask, but the general consensus is about every four to eight years. Keep in mind that it is important to keep your tennis court clean between resurfacing projects. This may seem like a needless hassle, but improper care of tennis courts can result in the need to resurface a tennis court more often.
It is recommended that you have your court cleaned on a regular basis. Also, make sure that you have the court fully cleaned before winter sets in. Yes, we know that you won’t be playing tennis during those months, but there is a good reason why: Any water that might build up on a tennis court can be absorbed into vulnerable spots. During the winter, that water will then freeze and expand and you know what that means: that’s right, cracks in your tennis court!
As a result, proper maintenance of your tennis court will mean that you will be able to resurface it less often, but it will still need to be resurfaced every four or so years. Also, keep in mind that there are different surfaces you can use for your court.
Clay Courts –These are a good alternative to a grass court and are most commonly seen in Europe. They are better for players’ feet, but they degrade very quickly, making them expensive to maintain.
Grass Courts – This was the original way that tennis was played, believe it or not! The biggest issue with grass courts is that they are very difficult to maintain and come with a great deal of expense. It’s for these reasons that they are rarely seen now. They also don’t “bounce” well.
Hard Courts – This is the go-to for most tennis courts in North America. This is a court that is made of concrete or asphalt, and then covered in a coating for better play. Your choice of which depends on how high you want the ball to bounce.
If you live in North America, then you’re most likely to be using concrete courts that have had a surface put on them to make play easier. Although it’s certainly comforting to know that concrete under the surface of your court will always be there, realize that plain concrete is likely to be hard on your feet, so you really do need to ensure that your court has some kind of cushion on it.
There are several types of surfacing you can do. There are rubber surfaces that can be applied to courts, which are usually a little under half-an-inch thick, but give the important cushioning that spares a person’s feet from playing on hard surfaces.
You can also get sand-based turfs, which are sturdy and automatically fill any cracks that you might have in the pavement base of your tennis court. These courts do look nice, but realize that the process to install this surface is a little involved.
There are also acrylic surfaces that you can apply to concrete which are quick and easy to apply. This is the more economical model, and one of the more popular surfacing methods.
Always keep in mind that resurfacing a court isn’t a “should”, it’s a “must” and the only way that people play tennis is on a well-maintained court! This might seem like simple advice, but tennis court surfaces can be easily forgotten among all the day-to-day rigmarole that happens to everyone. So, make sure that you have an entry for it on your calendar and always ensure that your court is in pristine condition.
Facebook Twitter Google+
﻿
The Best Men's Shoes Brand 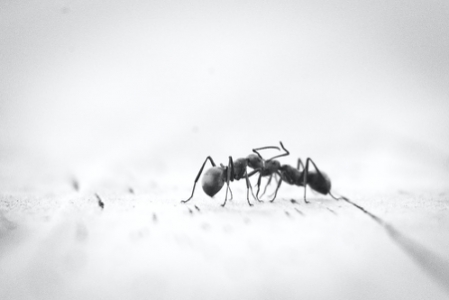 One of the most annoying household pests is ants, right? And there’s never just one. There’s no such thing as a random ant just casually strolling through your kitchen. Where there’s one, there’s a lot more.   Read more
LIFESTYLE  ants Sep 28, 2020 17:38
More Stories >